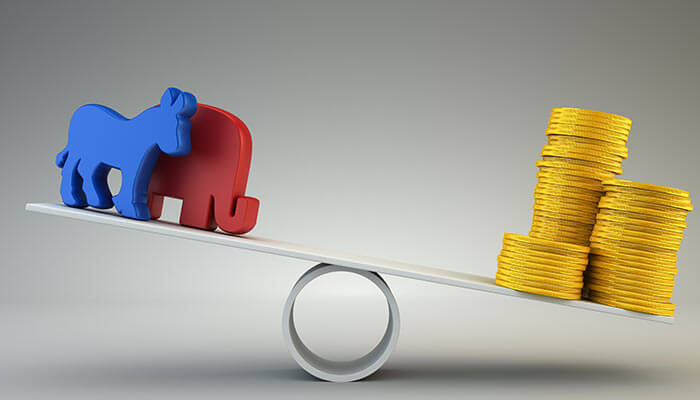 Politicians Are Being Bought By Big Alcohol, Pharma and Police Unions

Cannabis has been rapidly gaining public favor over the past few years, with the majority of North Americans supporting legalization in some form. This is a hugely positive shift in public opinion, putting the pressure on lawmakers to end marijuana prohibition.

Not everyone is thrilled with the idea of marijuana being legally sold though, and we aren’t just talking about the un-informed prudes that voice their disgust for the Devil’s Lettuce. Some of the largest industries in the world are throwing mountains of money at politicians to maintain the status quo and keep prohibition in tact.

Who Stands To Lose With Marijuana Legalization

The alcohol industry stands to lose quite a bit of their market share if marijuana prohibition becomes history. They are already feeling the crunch in states that have gone forward to full recreational legalization, people just don’t want to drink when they toke up.

Democratic National Committee Chairwoman, Debbie Wasserman Schultz has long been opposed to legalization, recently doubling down on her belief. This comes as a bit of a surprise because about 65% of Democratic voters support ending marijuana prohibition. It becomes less surprising when you dig a little deeper though, Debbie Wasserman Schultz’s election campaign received a pretty major ‘donation’ from the alcohol industry. Wasserman Schultz’s campaign alone received somewhere around $330,000 from the alcohol industry since 2006.

Big Liquor isn’t the only industry titan feeling the pinch from prohibition ending. Pharmaceutical companies could have the most to lose. A few puffs of cannabis can replace the need for dozens of over the counter medicines, from Advil to Vicodin, even Oxycontin and other opioid based painkillers.

The Problem With Selling Marijuana In Canadian Liquor Stores.

Not only can cannabis provide relief from a number of ailments that we often treat with a pill, it is far less dangerous. Yes, you heard me correctly, cannabis is less dangerous than Advil or Tylenol. It becomes pretty clear just how much Big Pharma has to lose if / when marijuana becomes legal and widely available in North America.

“It’s more than a little odd that CADCA and the other groups leading the fight against relaxing marijuana laws derive a significant portion of their budget from opioid manufacturers and other pharmaceutical companies.” – Lee Fang, Journalist [1]

It’s quite troubling that an industry meant to make the public healthy and help them live long, problem-free lives is trying to stop legalization efforts. I suppose all the evidence suggests that Big Pharma really isn’t about making the public healthy, it’s about turning sick people into lifelong customers.

Even more troubling than Big Pharma trying to run interference on a wildly beneficial and supremely safe medicine, is the role the prison industry has in blocking legalization efforts.

Police unions and prison guard unions have been spending big bucks to stop marijuana reform efforts. Spending their money on anti-legalization campaigns and funding programs that support putting drug users in prison instead of a drug treatment program.

The police force has quite a bit to lose if the war on weed finally ends. Federal funding for the departments responsible for fighting the war on drugs will be eliminated. Meaning these officers may be out of a job, or they will be forced to start taking down dangerous criminals instead of peaceful pot-heads.

Prison unions also have quite a bit to lose. Private prison companies will see their profits fall as prisons require fewer beds and fewer meals once drug users stop being imprisoned.

Politicians for the People, A Crazy Thought 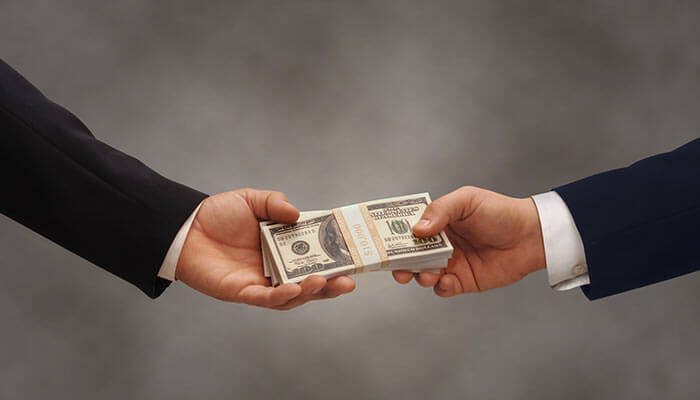 These ‘Big Money’ industries don’t shoot for public favor, because their arguments are baseless and so obviously self-serving. Instead, they purchase political influence to help further their agenda. Wouldn’t it be nice if these companies couldn’t simply purchase politicians? Imagine if our politicians made decisions based on facts, reality, evidence and what is best for the public.

Shouldn’t politicians have the public’s best interest in mind when making policy decisions?

Unfortunately it seems many of our leaders can be bought, despite the mountains of evidence showing how much safer, healthier and less destructive marijuana is over alcohol. Perhaps these politicians simply don’t like reading the scientific evidence, or prefer to completely ignore the public’s opinion.

Your Argument Against Legalization Is Wrong. Period.

Arguments against marijuana legalization just don’t hold water anymore. In states that have legalized marijuana, either medically or recreationally, teen marijuana use has dropped, tax revenue is through the roof, pain-killer overdoses have dropped by 25% and violent crime has dropped significantly. Not to mention how much money is saved by no longer throwing people in jail for smoking a joint, law enforcement can focus on stopping the real criminals.

We have long-believed that prolonged cannabis use can be detrimental to our brain health and lung function, essentially killing your brain, lowering your IQ and making you brain dead. This has since been debunked, a clear attempt to scare the public through propaganda.

Even with the limited scientific studies available on the cannabis plant, it clearly has medical value. Despite being labeled as a narcotic with zero medical benefit and a high risk of abuse. Medical marijuana has come quite a ways over the past decade. Now that we are able to isolate and extract the desired cannabinoids we can benefit from the full range of medical benefits without making users high.

The Future Is Still Green!

It’s not all bad news though, there is plenty of support for pro-legalization efforts. One young billionaire even pledged to match all donations to help support legalization in California. Legalization proponents are making their voices heard, spreading the facts about marijuana, using education as their tool to gain public favor. And it’s working!

The power is in our hands to end prohibition. Make your voice heard, let your local politicians know that their outlandish propaganda won’t fly any more.