The Real Cost of the War On Weed – Infographic

­
The Real Cost of the War On Weed – Infographic

Scientists have been studying the cannabis plant for decades, what they have found is that cannabis is relatively harmless and it possesses a plethora of medical benefits. So why are we spending billions each year to lock up individuals who enjoy the odd puff or two?

It’s frustrating living in a time where the collective knowledge of the human race is available in real time and we still prohibit cannabis use due to a few racist idiots back in the 1930’s who claimed it “caused colored men to become violent and solicit sex from white women”. 80 plus years later, prohibition continues, only recently have a select few states decided to live in the present and stop rejecting reality.

The infographic below shows just how much is spent keeping these ‘criminals’ locked up. It doesn’t get into the many additional costs that taxpayers are also responsible for, but you can trust the total cost is far higher.

What the War On Weed Is Costing You and Why… 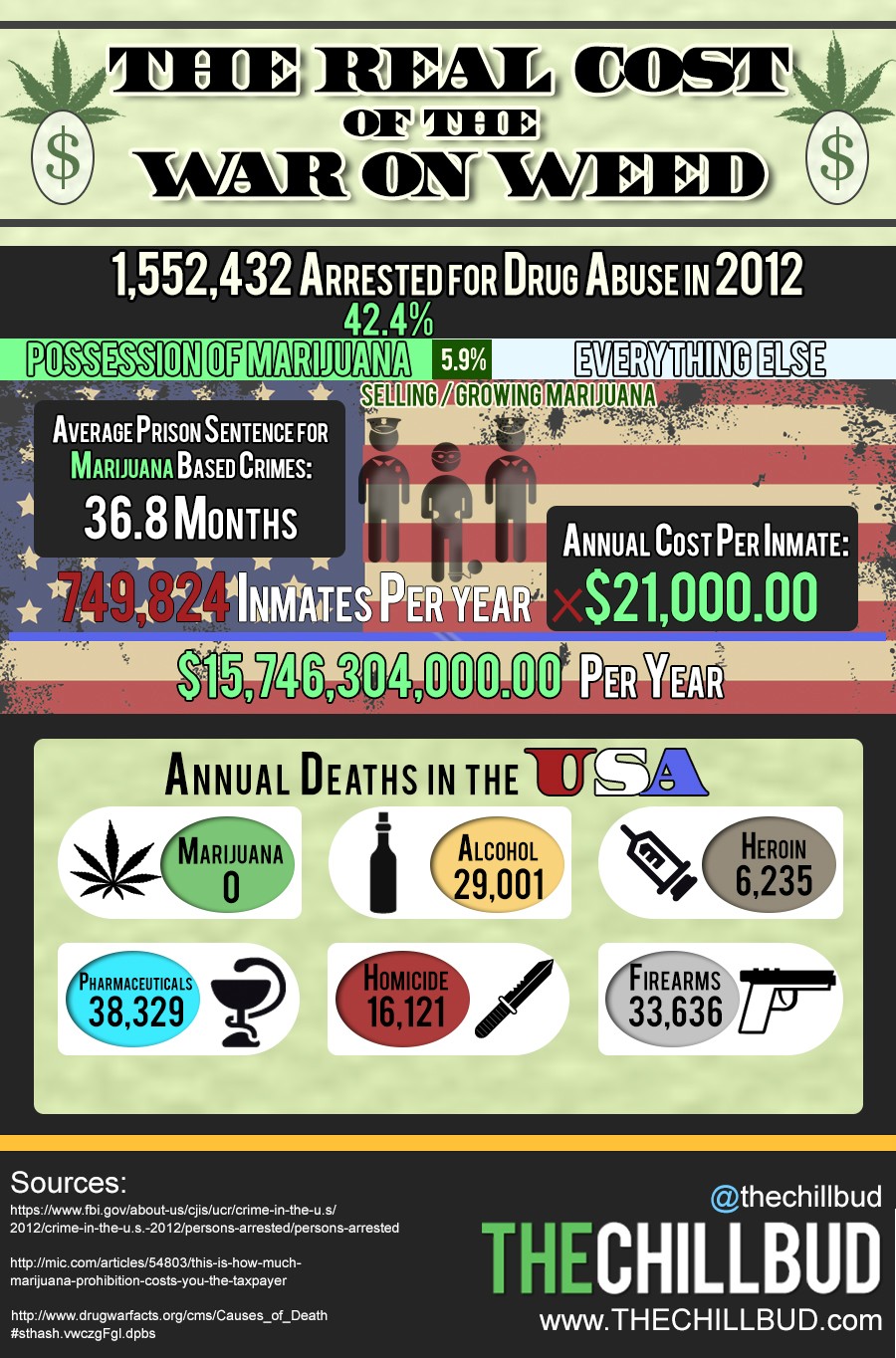 The money is such a trivial piece of the problem when you consider the human cost associated with these arrests. Individuals with a drug offence are very limited when it comes to future employment, and after spending the last 36.8 months in prison they are far more likely to turn to criminal activity. We wanted to emphasize the dollar amount because that translates to everyone regardless of their stance on marijuana.

We are turning friendly, taxpaying people from all walks of life into criminals at an alarming rate. This may be changing, but the national policy remains the same, and this needs to change immediately. Let’s stop the insanity and work towards a better future instead of living in the past and dumping our money into locking up our neighbors.