Recreational marijuana use may not be legal everywhere in the US, but the enormous economic boost it has offered to the few states that do allow it should entice others to follow-suit. 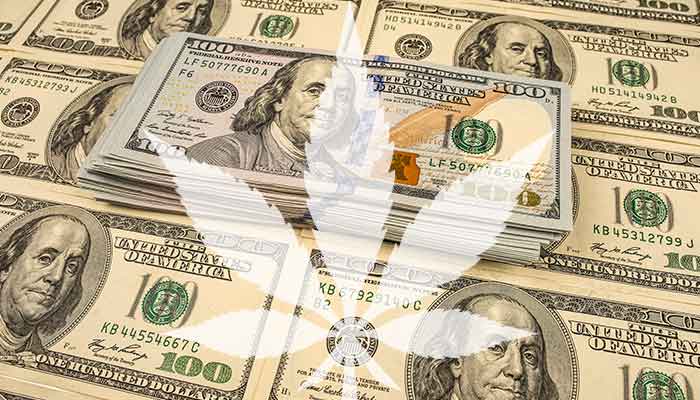 The war on cannabis over the past few decades has cost the nation an outrageous amount of money. From the countless man hours, to the prosecution and imprisonment costs, this is money that could be going towards education, social programs and emergency services.

What many people fail to account for, is the individual cost of being prosecuted for smoking a joint. It can virtually ruin someone’s life, which is ludacris.

I want to discuss the financial benefits though, plain and simple. Money talks, and by keeping marijuana illegal we are leaving hundreds of millions of tax dollars on the table.

The tax collected through legal cannabis sales has been earmarked by the state to go towards public schools, infrastructure repair, maintenance and upgrades, prevention programs as well as public health initiatives.

All of this money came from 1 year of sales in Colorado alone, and sales in 2015 are expected to surpass the previous year by quite a bit.

The current tax rate for cannabis in Colorado is 10%. However this rate is going to be lowered to 8% in July of 2017.

Oregon is playing with the idea of a 20% tax rate for marijuana purchases.

Why Deny the Facts?

There are two real options we can take, either we keep cannabis illegal in the majority of the nation, continue to pour money into an endless war on grass and imprison our citizens. Or we can finally tax marijuana sales and make it a safer, regulated industry that contributes to society.

People are concerned that their young children may be more inclined to try and use marijuana if it becomes legal in their state. A legitimate concern, but one that has been disproven by a reputable study. In states that have legalized medical marijuana use, there has been no increase in teen usage.

Colorado has become a kind of cannabis vacation destination, and even a marijuana mecca in some cases. This has substantially boosted the housing market, with some properties appreciating over 8% in just one year.

Jobs. A popular topic for any politician and news channel, because jobs matter. Well, by legalizing marijuana sales we are creating thousands of new jobs. From the shop owners and workers who dispense it, to the green-thumbed gardening wizards who grow it.

The countless medical benefits of marijuana have been well documented, even the nation’s top doctors are starting to admit there are some seriously beneficial clinical uses for this herb. So let’s allow every individual to make up their own mind and purchase marijuana if they so desire. All the while we can reap the tax dollars and help improve our economic state as opposed to worsening it with the continued war on weed.