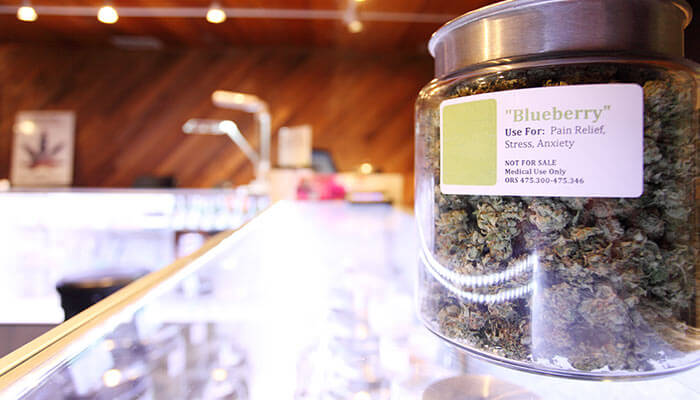 The current Canadian medical marijuana market caters to just 30,000 registered patients. These patients purchase their cannabis through a select few licensed companies, one of the biggest being Tweed, a subsidiary of the Canopy Growth Corporation. From March to September of 2015 Canopy Growth did about $4.2 million Canadian dollars in sales. With an estimated 3,000,000 Canadians consuming cannabis semi-regularly, recreational marijuana could increase sales over 100x.

Tweed isn’t the only licensed marijuana producer in Canada, but it is currently the largest. More companies are breaking into the industry though, one in particular is seeking their final approval from Health Canada to begin cultivating cannabis. Supreme Pharmaceuticals will rival Tweed’s grow space, boasting 280,000 square feet of grow space offering plants plenty of all-natural sunlight. Supreme’s vault is capable of holding over $150,000,000 worth of product, and we expect they will need every inch of space in anticipation of recreational marijuana legalization.

The Canadian marijuana market could bring in well over $5 billion in annual sales according to experts. These estimates are all based on ‘current marijuana users’ in Canada, relying on polls to determine the potential market. We expect the number of Canadians toking up is far higher than previous estimates may suggest.

Problems with Distribution In Canada

Justin Trudeau’s biggest challenge currently is deciding how recreational cannabis will be distributed to consumers.

The Premier of Ontario, Kathleen Wynne, recently suggested going through the existing provincially run liquor stores, saying they are “very well-suited to putting in place the social-responsibility aspects” of marijuana sales. We couldn’t disagree more.

The head of the Ontario Public Service Employees Union, Warren Thomas, voiced support for selling marijuana in provincially run liquor stores in November, saying “For one thing they have the social responsibility part covered – they do age checks, they do refusals if somebody’s intoxicated.” This only goes to further the stigma attached to marijuana and has almost no bearing in the recreational market. Are provincial liquor stores the only place where employees can check the ID of a customer? Are they planning on refusing service to a customer who ‘appears’ stoned?

Denying a patron the chance to purchase more alcohol when they are already clearly intoxicated makes perfect sense. Consuming too much alcohol will kill a person. However there has not been one instance of someone overdosing on cannabis, so what’s the logic in denying them service? Statements like this just go to show how out of touch and uneducated these people are on the subject. Exclusively selling recreational cannabis through these institutions is a huge mistake, one that we hope Trudeau recognizes early.

Have you purchased a case of beer in Canada recently? Canadians are paying between $2-$3 per beer from vendors, not to mention the extraordinarily high price of spirits. Liquor stores in Canada (Alberta excluded) are exclusively provincially run. This monopoly allows them to skimp on selection and charge much higher prices. There are a couple of benefits, price parity being one, but when they are gouging customers it becomes a serious detractor.

The alcohol industry has demonized marijuana for decades, and the two substances couldn’t be less alike. Why would Canadians want to see marijuana ‘controlled’ just like liquor? Leaving the decisions of what strains are available, which producers they carry and how much the consumer pays all up to the province. Doubling down on a broken system that has absolutely no similarities to marijuana aside from age restriction would be a huge misstep.

Regulating Canadian marijuana producers is important, don’t get me wrong. We should be holding producers to a high quality standard and regularly inspecting facilities and testing the product to ensure it is safe and top quality. Beyond that, the less government intervention the better. Let’s allow the market the chance to determine the price and the selection. I couldn’t think of any better regulating factor than the free-market.

As Trudeau navigates the many obstacles of nationwide cannabis legalization, current marijuana producers are preparing themselves for the influx of customers. Stashing the majority of their harvest to bolster their inventory in anticipation of legalization. Even these preemptive measures to meet consumer demand once cannabis is legalized won’t be enough. The Canadian marijuana market is enormous, and it’s growing. As the population ages, more and more people are seeking safe, natural pain-relief.

Many people are opting for natural medicines and steering clear of pharmaceuticals. It’s something we have already seen in states that have medical marijuana programs. Treating chronic pain with cannabis is far more desirable than the vast majority of prescription painkillers.

The Future of Medical Marijuana, CBD

As more studies are done on the health benefits of cannabis, we will have a much better understanding of the potential medical applications. We already have quite a bit of evidence that Cannabidiol (CBD) could aid in a wide range of health problems. This non-psychoactive component of cannabis is gaining attention and we couldn’t me more excited about that. It’s helping bring people around to the idea of medical marijuana. A pill or oil can offer patients effective pain relief, reduce inflammation and even help detoxify the body, all without making the user ‘stoned’.

Transitioning from the current medical marijuana industry into a full-blown recreational market won’t be easy. We don’t have a timeline, but we don’t expect to see legalization in Canada for the next year or two at least. Our hope is that Trudeau will listen to the people who have supported marijuana legalization for years instead of people like Kathleen Wynne who are just now jumping on-board in order to further exploit Canadians with their government supported monopoly.

A modest sales tax for recreational marijuana sales could bring in hundreds of millions in tax revenue per year. Charging consumers a ridiculous rate and limiting their selection will only drive people back to the black-market. So please Mr. Trudeau, take your time and keep the consumer in mind when making any decision regarding legalization and distribution of marijuana in Canada. – T. Bud