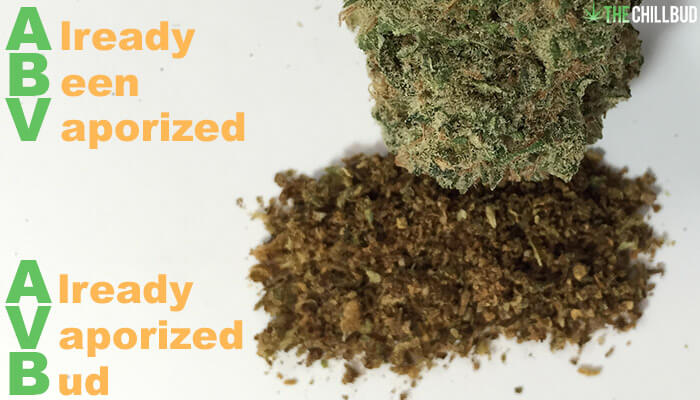 Already vaped bud (AVB), also known as ABV (already been vaped), is the marijuana left over after vaporizing it. Usually dark brown in color, with a distinctly different, yet subtle aroma compared to fresh bud. Many people toss their already vaped bud in the ashtray or garbage, assuming they already got all the mind-altering goodness out of it.

We are going to explore a few different ways to use your AVB to get the absolute most out of your stash.

In order to get high from eating cannabis, it must be cooked. This decarboxylates the marijuana and activates the psychoactive components of the plant. Vaporizing marijuana will also decarboxylate it, allowing you to ingest AVB directly without having to cook it into a butter or oil first.

Most people don’t love the taste or feeling of sprinkling partially burnt plant matter on their peanut butter sandwich in order to get the most out of their weed. Even though you don’t need to cook vaporized marijuana any further, many people prefer making it into a butter or coconut oil. 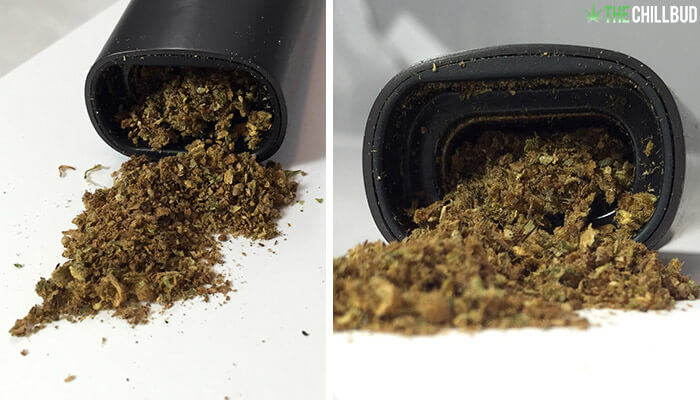 No-nonsense direct approach: Like we mentioned earlier, you can sprinkle a gram of Already Been Vaporized Bud onto your sandwich, into your smoothie or however else you can palate it.

AVB tastes much like you would expect. It has a distinctly cannabis-esque aroma and flavor, but with a bit more of a toasted quality.

Water Curing is a good idea if you want to minimize the flavor and aroma without compromising the potency.

Cannabutter: For those who aren’t down with eating plant matter directly, morphing AVB into cannabis butter is a great option.

Grinding the ABV bud up finely with a coffee grinder will help ensure you get the absolute most out of it. Some suggest water-curing the ABV cannabis to help eliminate the taste, but this is a whole other process and it isn’t necessary.

Put the AVB into a bowl with the butter over a low heat, be sure to have some water in the mixture as well. Stir things up from time to time and let the mixture sit on low heat for a few hours.

Allow the mixture to cool and let it set in the fridge for a few more hours. Once it’s ready the butter will form a solid layer on the top of the dish, any water will sit at the bottom (throw the water away).

AVB coconut oil: Almost exactly the same as making cannabis butter with your AVB. You may want to use some soy lecithin to help bind everything together though.

Capsules: Instead of spreading or mixing your coconut cannabis oil into a recipe or hot beverage, you can fill some empty gel-capsules. This is a pretty popular way to ingest ABV cannabis oil because it is simple, there is no taste and you can better regulate your dose.

Smoke: Yes you can smoke marijuana that has already been vaporized. We wouldn’t suggest this though. Not only does it taste bad, but it won’t deliver nearly the punch that you might hope.

Generally people opt for vaporizing marijuana because it doesn’t combust the plant matter, so smoking the already vaped bud totally defeats this purpose. That being said, you can get a slight high from smoking your AVB.

If it is your first time trying cannabis edibles, or you are unfamiliar with the particular edible, be sure to start with a very low dose. Edibles take a while to kick in, so many first-timers overdo it and end up with a terrible experience.

Smoking cannabis delivers a near instant high, eating cannabis is very different. Once you eat marijuana, you can’t un-eat it. Effects can take hours before they are felt, and the sensation is quite a bit different than smoking.

Another thing to keep in mind, many people experience something called ABV farts. After consuming AVB it is quite common for your toots to smell like cannabis, not just a little bit like it, but exactly like it! It’s a rarely talked about phenomenon that is important to know if you don’t want everyone asking why your farts smell like… weed.

Check out /r/ABV for more inspiration and information on already vaporized bud.