Navy Veteran Has Children Taken Away Due To Medical Marijuana Use

­
Navy Veteran Has Children Taken Away Due To Medical Marijuana Use

“People who don’t understand the medical value of cannabis are tearing my family apart,” – Raymond Schwab 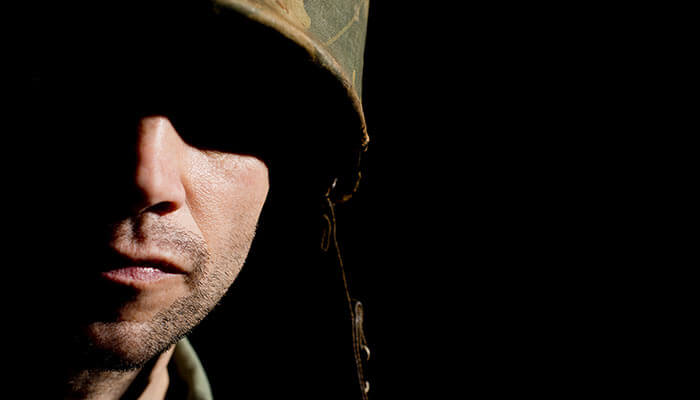 Schwab is a US Navy veteran from Kansas who just had 5 of his 6 children taken away from CPS (Child Protective Services) because of his medical marijuana prescription in Colorado; where cannabis is legal.

Less than a year ago, Raymond Schwab and his wife were in the middle of moving to Colorado to grow medical marijuana for fellow veterans. While they were in Colorado preparing for the big move, the state of Kansas took 5 of their children into custody due to a suspicion of child endangerment (the sixth child was 19 years old).

“There’s still as stigma against parents who use medical marijuana,” said family law attorney Jennifer Ani to reporters. Jennifer sees about 5 cases per month similar to the Schwab’s, in 95% of cases she says the child isn’t in any reasonable danger. “As much as marijuana is a moving target throughout the nation, with Child Protective Services it’s even more so.”

Schwab is a US Navy veteran who served in the Gulf war. He uses a homemade cannabis butter to help treat his PTSD as well as chronic pain. Once Schwab got back to the States after serving his country, he suffered from mental health issues which drove him to become an alcoholic. He was prescribed a myriad of sedatives, pain medications and antidepressants to help him, often times they just made him feel worse. “I got addicted to the pain medication, which led to heroin addiction.” said Schwab.

Unfortunately this isn’t an un-common story. Over half of current heroin users got their start on prescription painkillers. These opioid painkillers are widely prescribed for chronic pain, because they are akin to heroin they have a seriously high risk of abuse. They are also responsible for thousands of deaths each year in the United States.

Raymond Schwab had a brief stint in rehab to help him overcome his heroin addiction, prescription abuse and alcoholism. He has been sober since 2011 thanks to cannabis helping him with his chronic pain, anxiety, depression and PTSD symptoms.

In 2015 Schwab arranged for a transfer through the Department of Veterans Affairs to get transferred from Kansas to Colorado. His plan was to legally grow his own cannabis and to work with veterans like himself who use medical marijuana to treat pain, PTSD and other conditions. 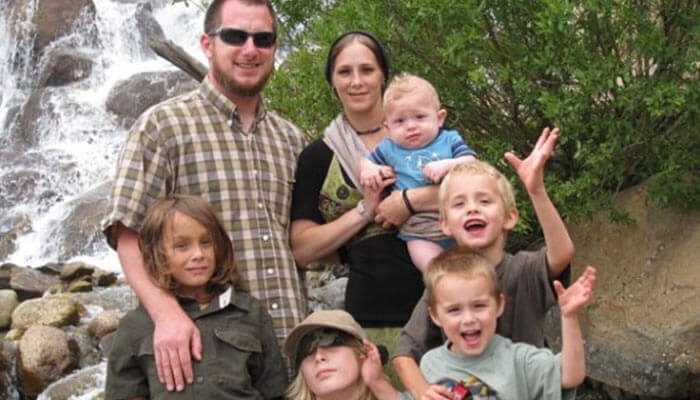 Betrayed By Family and Country

As Schwab and his wife were on their way to Colorado to get everything set up for them and their 6 children, they received a call. They were told their children were in state custody and they needed to appear for an emergency hearing. The children were in the care of a relative while Schwab went to Colorado. That relative took the children to the police station and told them their parents abandoned them to work on a ‘pot farm’ in Colorado. This all happened in April of 2015. Since then, Schwab has only seen his children 3 times.

Dr. Sue Sisley is a psychiatrist who recently got a $2 million grant to study the effects of cannabis on PTSD. Dr. Sisley says “A lot of these vets, they can’t function without their meds. And they have to live in fear of a positive drug test, and losing their kids to Child Protective Services. So they live this crazy, covert lifestyle where they’re afraid to be open to the people around them, for fear of that they’ll call CPS.”

Schwab told reporters that as soon as he regains custody of his children he plants to sue the state of Kansas for violating his constitutional rights. “They’re holding my kids hostage and threatening to terminate my rights if I don’t seek cannabis-abuse therapy in a state that’s legal. They’re threatening other people with jail time or losing their kids if they speak out, but I will not submit. I’ll take this to the supreme court if I have to.” said Schwab.

In the Parental Drug Use As Child Abuse guide it says “exposing children to the manufacture, possession, or distribution of illegal drugs is considered child endangerment in 11 states.”

It doesn’t seem to matter if a patient has a prescription to use medical marijuana, these 11 states reserve the right to take their children away if the parent uses cannabis. The fear is that the children will be exposed to cannabis and get a ‘contact high’ or even put the raw cannabis in their mouth. Well… this ‘contact high’ has been proven to be a myth, and in order for anyone to feel anything after putting cannabis in their mouth, it would have to be cooked / prepared. There simply isn’t any danger of a child touching / eating a raw cannabis plant, except for sticky fingers and a bad taste in their mouth.

It’s extremely sad and infuriating when stories like this pop up in the news, and we are only exposed to a very small sample size. It is that much more infuriating when someone who served our country is the target. Schwab gave years of his life, risking it in the Gulf war to help protect our freedom and rights. He, along with countless other army vets have been exposed to horrifying scenes that the average person couldn’t even fathom. And we thank him for his service by treating his PTSD with dangerous prescription drugs that drove him to use heroin. When Schwab decided to seek a treatment alternative that would allow him to live his life again, without the plethora of dangerous side effects, we took his children away and held them hostage.

Let’s Start Treating Criminals Like Criminals Regardless of Wealth

This is a brilliant example of how broken our system is. Massive multi-billion dollar industries (tobacco, alcohol and pharmaceuticals) have a vested interest in keeping marijuana illegal. Legalizing marijuana would severely damage their bottom line, and after all, they are in the business of making money, not making lives better.

Allowing these industry titans the ability to buy political favor and sway politicians to vote against legalization is not only irresponsible, it is criminal. How many more lives need to be ruined? How many more families need to be torn apart? How long before we recognize this massive injustice and say enough is enough!?