Living with Epilepsy as a Canadian Medical Marijuana Patient

­
Living with Epilepsy as a Canadian Medical Marijuana Patient

Canada is thought to be on the forefront of cannabis legalization efforts, with the newly elected Liberal government running on the promise of legalizing cannabis across the country “immediately”.

Well, so far no real steps have been taken. It seems that Mr. Trudeau has put the thought of legalization on the back-burner. While this may be frustrating for some Canadian tokers, it is far worse for the medical marijuana patients seeking affordable medicine and sound medical advice. 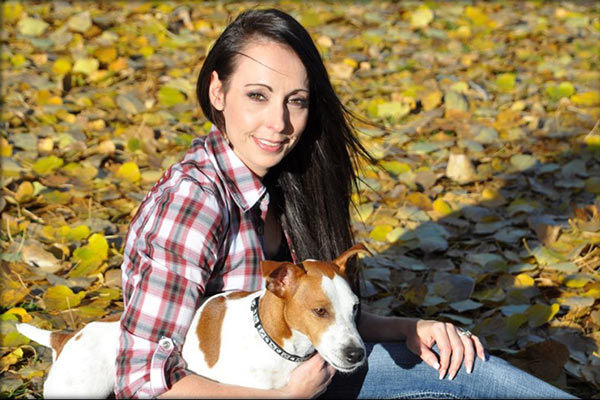 Living with epilepsy in Canada as a medical marijuana patient.

Shelley Thiemann is a medical marijuana patient from Calgary, diagnosed with Epilepsy at the age of 24. She lived with it for the next 18 years without the need for medication, until suddenly it took a turn for the worse. Shelley started suffering from at least one grand mal seizure per month, her neurologist put her on medication to help control the seizures but they just kept getting worse.

Shelley was bouncing from one anti-seizure medication to another, explaining “Changing medications is a tricky thing. They will slowly increase the new one and decrease the old one. It takes a few weeks to complete. During this time you are at a very high risk for a seizure. With every medication they put me on I kept getting worse.”

Pharmaceutical medications are well known for their laundry list of side effects, but anti-seizure drugs are particularly heinous. Some of the most common side effects include depression, memory loss, suicidal thoughts, nausea, vomiting and extreme weight loss.

Shelley was battling through the many side effects of the different drugs her doctor prescribed, “They kept switching medications because they were all making me so sick and the side effects were slowly killing me,” she told us. “I was having multiple complex and partial seizures each day. I laid in bed all day and slept. I lost 50 lbs and went down to 83 lbs.”

During one visit to the hospital, Shelley suffered a 30 minute seizure which caused brain damage. It took her months to regain the ability to do certain tasks. Doctors told her that it didn’t matter what medication they put her on, none would help. Shelley’s particular form of Epilepsy (Idiopathic Generalized Epilepsy) doesn’t respond to medication.

“When you find out that you have a life threatening form of epilepsy and you can not take any medication for it you really freak out. It’s like someone saying to you ‘hey you may die at anytime from a seizure’.”

Shelley cannot drive a car, she can’t go out alone, and she cannot work because at anytime she could experience another seizure. Her only option was to go on disability as it wasn’t safe for her to work.

This was the final straw, she listened to the doctors for years with no success. “So what do you do?” she said, “I could have continued with multiple seizures each day or try something different,” and that is exactly what she did.

Shelley was a perfect candidate for medical marijuana because her particular form of epilepsy didn’t respond to conventional treatment methods.

“It has been just over a year now since I started medical marijuana.” Shelley told us, “It took six months of slowly going off my last seizure medication and to fully rely on CBD to try to control seizure activity… Since I have been fully off all seizure medication my seizures have greatly reduced.” Not only did Shelley find CBD useful to help manage her seizures, it gave her back her personality, “I do not feel like a walking sedated zombie with no feelings. Much to my husband’s surprise I have my sex drive back too.”

For the first time in years, Shelley found relief from her constant nausea and migraine headaches. She was suffering from over 21 severe migraines per month, a common problem among epilepsy patients. Conventional treatment options include a quarterly botox injection (32 needles worth) directly in the head, as you could imagine, this comes with it’s own list of potential side effects and issues.

Since Shelley started using medical marijuana to manage her epilepsy, her migraines virtually disappeared, in fact she told us she hadn’t had one in over 30 days now.

“This is by no means a cure for epilepsy, however I feel that it is a very effective treatment.” said Shelley. She still suffers from epileptic seizures, but far less frequently. “It is still very unpredictable, but at least I am able to get out of bed and feel like a human again. This treatment should be available as a choice for every single epilepsy patient. Do some research and see what the doctors have been hiding from you.”

Shelley’s journey wasn’t an easy one, and her doctors didn’t help nearly as much as one would hope. She told us that her neurologist wouldn’t even discuss the medical marijuana option with her. Instead she was forced to do her own research.

“There is still a stigma that surrounds marijuana and I think that it’s starting to change. People still look at me funny when I am medicating.” Shelley explained, even her husband had his reservations, “My husband who is very anti-drug has seen how this has changed my life. He is pro legalization now.” since seeing the night and day change in his wife’s condition and quality of life.

Shelley even medicates freely in front of her father, an ex-RCMP officer of 33 years. Once he saw what medical marijuana had done for his daughter, after seeing conventional treatments fail miserably for years, he quickly became a medical marijuana proponent.

“I think that there is so much misguided information out there regarding marijuana.” Shelley said, “I do keep hearing stories of people who are obtaining amazing results from this very effective treatment. As our government decides the future of legalization in Canada I really hope that they listen to the people who need it and not the people that are ignorant to it. I am very grateful to live in a country that has legalized medical marijuana.”

Canada has always had a relatively liberal view when it comes to marijuana. Many Americans are shocked to hear that it is actually still illegal to smoke a joint up North. But as Shelley walked us through her experiences with the few licensed producers in Canada, it is far from a perfect system.

As we mentioned earlier, Shelley had to go on disability due to her frequent seizures. She receives $1,600 per month on disability, $900 of which goes directly to her medication. Leaving a grand total of $700 to live off per month. Keep in mind insurance doesn’t help cover any of the costs associated with medical marijuana.

Thankfully Shelley has a husband to help share in the financial burden of being a MMJ patient on disability. But imagine the thousands of patients who don’t have that support, having to decide whether to manage their life-threatening condition that month, or to put food on the table.

There was quite a bit of trial and error when it came to finding the right medical marijuana producer. While some producers offer cheaper options (around the $5 per gram mark), they lacked consistency and potency. Often times they wouldn’t even have the percentage of CBD / THC listed.

Shelley is currently getting her medication from MedReleaf, the only producer she has tried that offered a consistent and accurately labeled product. The problem is it’s outrageously expensive, upwards of $12-$15 per gram for the potency she requires.

Why is it that we have no problem subsidizing pharmaceutical medications that seem to just make things worse, but we refuse to help pay for a medicine that can and does actually help?

The product itself is one major issue, from the price to the availability. But more concerning is the lack of information and help available for medical marijuana patients in Canada.

When Shelley decided to pursue medical marijuana to help treat her epilepsy her doctor simply handed her a list of licensed producers and left the rest up to her, “The help wasn’t there,” she told us.

Trudeau and the Liberals promised full-legalization across the country, but so far they can’t even get the medical side of things figured out. Patients with a true medical need for marijuana shouldn’t be forced to pay out the nose for a product that costs half as much off the street. Is it any wonder there are hundreds of illegal dispensaries in Canada? When the licensed producers are fleecing their customers and often times offering sub-par product, where does one turn?