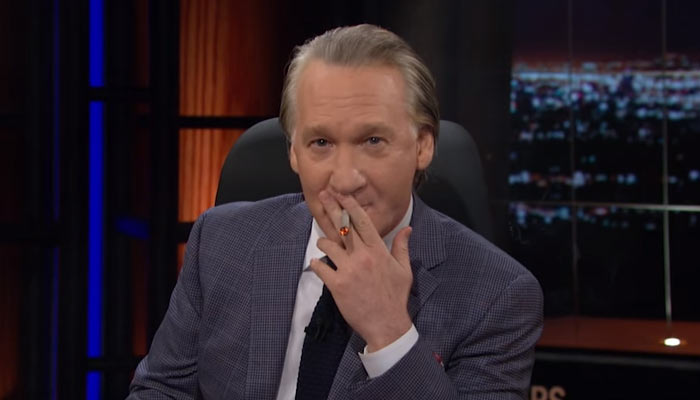 On February 12th, 2016 Bill Maher made history on his show Real Time with Bill Maher. He kept it very real, reminding activists that legalization isn’t an inevitability just yet. There are billions of dollars at stake for the DEA, private prisons, pharmaceutical industries and alcohol producers, all very powerful lobbying groups with a vested interest in maintaining the status quo.

Bill Maher pulls a joint from his pocket and lights it up on television after a 6-minute truth bombing run. His guests included Killer Mike, a well-known marijuana activist that has recently showed quite a bit of support for presidential hopeful Bernie Sanders. Margaret Cho, a comedian and activist with a pot-show in the works with Amazon, Bloomberg business correspondent Josh Green as well as CNN’s Ana Navarro.

Bill brings up plenty of great points, but we’ve all heard them before. Pro-marijuana arguments haven’t changed much over the years, they just seem to fall on deaf ears when it comes to actual policy change. Calling out Barack Obama for “supporting” marijuana by saying it’s no more dangerous than alcohol, and not very different than cigarettes. In fact, marijuana is far less dangerous than alcohol, and it isn’t similar to cigarettes in the least, aside from the fact that they are also smoked.

Anti-marijuana lobbyists and activists don’t have a leg to stand on when it comes to an actual argument against marijuana legalization. What they do have is the support of billion dollar industries that profit from alcohol and pharmaceutical sales, and those that profit from locking up anyone that lights up a joint.

It’s more important than ever for people like Bill to take a stand and support legalization. By engaging in an intelligent and factually based discussion about marijuana, we can help to end the stigma and make prohibition a thing of the past.

Bill mentioned US Navy veteran Raymond Schwab, who had his children taken away by the state of Kansas. He was planning on moving to Colorado to cultivate marijuana to treat his PTSD and help other vet’s, until the state got wind of his plan and took his children hostage. Read the full story here.