Today, September 22nd, 2016, the fine folks at Pax Labs lifted the veil on their latest handheld vaporizer models; the Pax 3 and the Pax ERA. 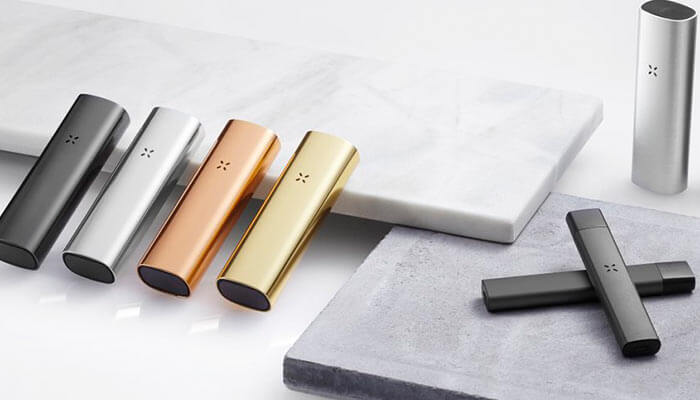 Pax has long been the industry standard when it comes to function and form, while the Pax 2 did have a few issues, overall it is one of the best vaporizers on the market. From the sounds of it, Pax took the users reviews / complaints to heart when designing the Pax 3.

One problem that customers often report after using the Pax 2 is the oven size. It’s pretty large, which in it of itself isn’t really a problem, but if you don’t pack a full oven the vaporizing experience suffers pretty dramatically. For someone like myself who generally vapes solo, it makes using the Pax 2 a bit daunting. So I’m super pleased to see that the Pax 3 offers a half-size oven attachment that allows users to enjoy the full function of the vaporizer without blasting off to the moon.

Even more exciting than the half-sized herb oven attachment, the Pax 3 also offers users the ability to vaporize concentrates like wax / oil and budder.

Pax’s response to the rapidly growing demand for cannabis concentrates doesn’t stop at the concentrate oven though. The Pax ERA is an entry level vaporizer pen made exclusively for concentrates, at a price point that anyone can stomach, $59.99.

Users can expect the same level of quality and design that Pax has offered for years. The Pax 3 comes with the same 10-year warranty that the Pax 2 does. The two models both weigh the same, but the latest version has a slightly improved battery life and can heat the oven to the desired temperature in half the time!

The ability to customize the oven size, material you are vaporizing and improved battery life are all fantastic updates that any vaporizer enthusiast will be thrilled to see. Personally I couldn’t be happier with how the Pax 3 looks, and I can’t wait to get one in my hands to thoroughly test it out and give you guys the straight goods.

The ‘iPhone’ of Vaporizers

Pax has long been touted as “the iPhone of vaporizers”, and for good reason. It’s a user friendly device with a sleek, minimalist design made from top quality components. They went a step further with the Pax 3 though, now there’s an app for your Pax!

Another reason the Pax vaporizer has been hailed as the iPhone of vaporizers is because it’s right near the top of the handheld vaporizer price range. The Pax 3 comes in at $274.99, which is what the Pax 2 would have cost you. In true ‘Apple style’ they reduced the price of the Pax 2 model to a more modest $199.99.

I’m super happy with the changes that Pax made to the latest model, they really listened to the community.

That being said, $274.99 isn’t cheap. Yes, the Pax vaporizer is a super high quality piece that few companies can even come close to matching. But you’re also paying for that Pax brand, much like the iPhone.

For anyone who already has a Pax 2, they will have to decide whether the few small (but much needed) changes are worth the added investment in their vaporizer collection. I assume that many Pax 2 owners will simply cope with the larger oven and pass on the Pax 3. If they’re looking to vaporize concentrates in the same Pax style they can opt for the far cheaper Pax ERA model.

If you are one of the few vaporizer enthusiasts who doesn’t already own a Pax 2, I would suggest saving up a few extra bucks to put towards the Pax 3.

It’s difficult for me to go too much deeper as I only have experience with the Pax 2. Once I get my hands on a Pax 3 and Pax ERA I will be able to give a much clearer picture about what makes the Pax 3 different and if it’s worth the higher price.

Stay tuned for a full review of the Pax 3 which is set to hit the market place around mid-October.