In a story published by The Canadian Press, Stephen Harper claimed that a majority of Canadians agree with his decision to keep marijuana illegal. A rather bold and unfounded statement, but wait, it gets better. 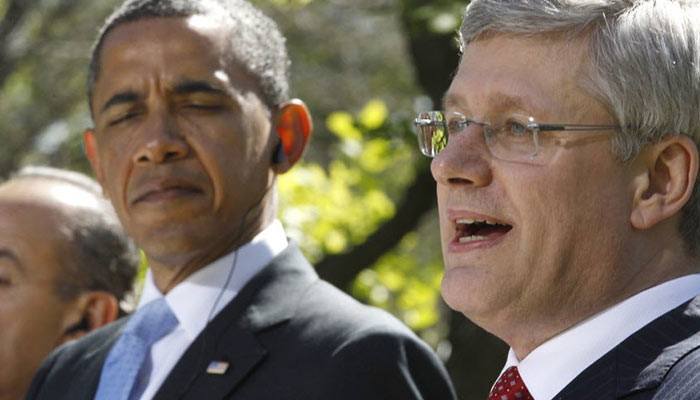 Harper began regurgitating the classic anti-weed propaganda, saying that in areas of the United States and Europe where marijuana is medically available or recreationally sold it became “more readily available to children, more people become addicted,”.

Despite what he wants to believe, the war on weed is a failing one, a giant money pit. It forces marijuana distribution into the black market which adds an entire new level of danger, far worse than the plant itself, especially when properly regulated and distributed.

What’s more, is if Harper or any of his staff members decided to research these “facts”, they would quickly find that medical marijuana states don’t show an increase in teen use.

A government poll published about a year ago said that more than two-thirds of Canadians were unhappy with cannabis prohibition laws. Only 14% of those polled were happy with the conservatives marijuana laws. You would think someone would have told Harper the results before he stepped on his soapbox.

Properly regulating a legal cannabis industry is the best way to keep marijuana out of the hands of children, and ensure a quality and safe product every time. Do you think the dealer on the street is ID’ing his customers?

Yes marijuana will find its way into the hands of teens, age restrictions have never stopped underage smoking or drinking, and I wouldn’t expect it to stop marijuana either.

Harper probably took such a hard stance on marijuana because the election is right around the corner in October. A statement like this helps separate him from his opposition Trudeau, who intends to legalize cannabis in Canada as quickly as possible.

Harper and his conservatives pledge to $27 million per year to help the RCMP fight drugs if re-elected.

Colorado just made $13.6 million dollars in tax revenue from January to May 2015, thanks to a 10% sales tax on marijuana sales. Just saying.