Consequences of Combining Cannabis and Tobacco

­
Consequences of Combining Cannabis and Tobacco

Tobacco and cannabis have been a dynamic duo for as long as they’ve each been around. They’re often combined and smoked in spliffs or blunts, and are regulated very much the same way as well. Let’s take a look at how cannabis and tobacco interact with one another and what it means to you. 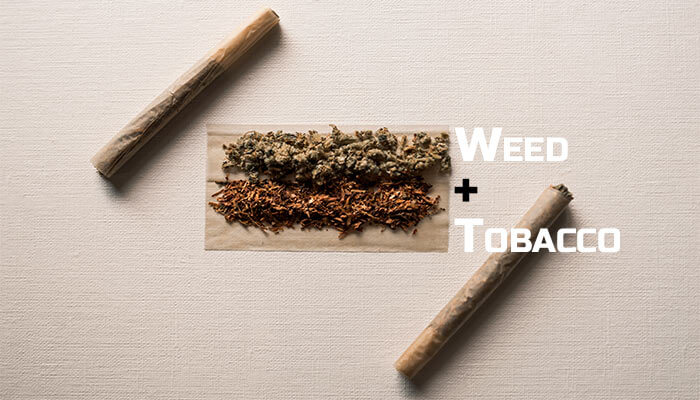 Interactions Between Cannabis and Tobacco

People’s experiences with spliffs / blunts are about as mixed as they are with cannabis alone. Some people report a much more mellow / manageable high, and enjoy the flavor the tobacco imparts on the smoke. Others report feeling an overwhelming head rush and unpleasurable high.

*I’ve personally gone through phases where I smoked nothing but spliffs (tobacco and weed mixed together in a rolling paper), and have smoked my fair share of blunts (weed rolled in a tobacco wrap). Nowadays I smoke my cannabis without tobacco.

My experience has been rather mixed. Overall I enjoyed mixing my weed with tobacco for a number of reasons: the flavor, it stretches your stash out quite a bit, the high was more mellow and I felt more alert after smoking. However! I’ve also had a handful of times where the high was awful, I would get a head rush and feel nauseous. 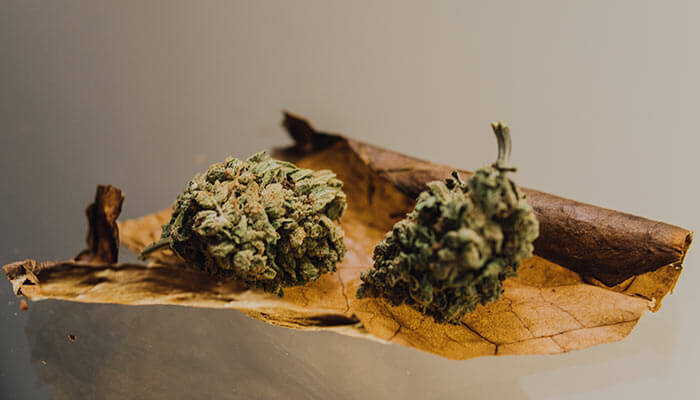 What Does Science Have To Say?

One study examined the effects combining tobacco with cannabis would have on THC absorption. After testing various ratios and monitoring the THC levels in the smoke, researchers found that tobacco increases the vaporization efficiency of THC by as much as 45%.

More research shows that by mixing some tobacco into your joint you could be more susceptible to the cognitive pitfalls associated with regular cannabis use. In particular the effect cannabis has on the hippocampus, the area of the brain responsible for learning and memory.

Combusting any substance and inhaling the smoke is not great for your health, but this is especially true when looking at tobacco. One study examined the effects of smoking cannabis to quell the cravings for a cigarette in individuals trying to kick their tobacco habit. Researchers found that smoking cannabis actually did curve their cigarette craving, but it didn’t work the other way around. So if you’re looking to quit smoking cigarettes you may want to light up a joint when the cravings are too much to handle.

Whether it’s a cigarette, a joint or a bong, you really can’t smoke any of them in many public places these days. Lawmakers have treated cannabis much the same way as tobacco in terms of where they’re permitted to be consumed as well as how they’re marketed to the public.

Canada recently legalized cannabis nationally, but with legalization came a strict and robust set of regulations surrounding how marijuana can be sold, marketed and consumed. Much the same way as tobacco products are treated, cannabis must have a very large and clear warning on the packaging to let buyers know the potential dangers. These products cannot be marketed in any way that may seem appealing to children, nor can they be endorsed by a celebrity. Cannabis shops must have opaque windows and packaging must be childproof. Cannabis products are also taxed heavily both provincially and federally. All ques taken from the decades of tobacco sales.

Even though weed is legal in Canada, don’t expect to light up anywhere you can’t light a cigarette. The best way to consume marijuana in public would be using a vaporizer or vape pen as they are indistinguishable from a regular vape.

The big difference between how cannabis and tobacco are treated is the fact that cannabis is treated as an intoxicant. No one will bat an eye if you’re smoking a cigarette while you’re driving a car, but replace that cigarette with a joint and you’re going to be in big trouble!