The government of Canada has finally released its framework for recreational cannabis legalization in 2018. A host of bills were introduced in the House of Commons by Justice Minister Jody Wilson-Raybould, Publish Safety Minister Ralph Goodale, Health Minister Jane Philpott and Foreign Affairs Minister Chrystia Freeland. 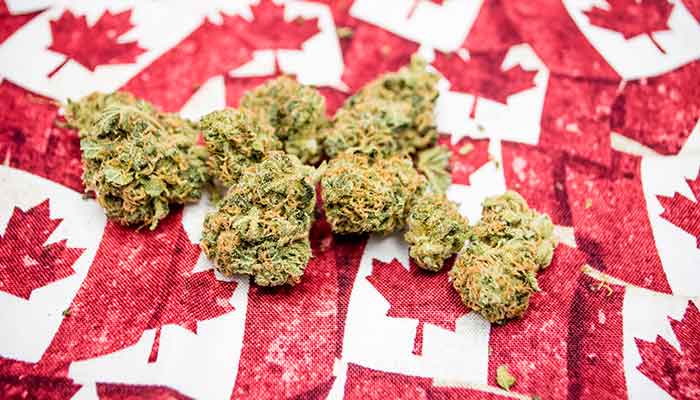 The announcement on April 13th, 2017 wasn’t as comprehensive as some might have hoped, leaving much to be determined by individual provincial governments. The minimum age to purchase and use cannabis legally was set at 18 years old, but provinces can raise this as they see fit.

For the first time in Canada, selling cannabis to a minor would become a specific criminal offence, punishable by up to 14 years in jail. There’s also a “zero-tolerance” approach to drug-impaired driving.

Once the bills introduced are passed, Canada would become the first member of the G7 to legalize cannabis for recreational use nationwide.

Things like packaging rules, taxation and rules surrounding retails sales are yet to be hammered down, but so far it seems the approach will be very similar to the tobacco industry. So far this is what we know:

As far as the marketing for cannabis products is concerned:

The government has committed $9.6 million to comprehensive public awareness campaigns to inform Canadians of the health and safety risks associated with cannabis consumption.

At first, cannabis infused edibles will not be available for sale. The edibles market requires further rules and regulations.

What Cannabis Proponents Are Excited About

These long-awaited bills have a couple of positive tidbits in them. For example, legalizing possession up to 30 grams (which is plenty for a night out), and the ability to grow up to 4 plants at home. That being said, the provincial regulations could lower these limits and we wouldn’t be much better off than pre-legalization.

What else are cannabis proponents excited about? Well… None of it.

The portion of the bill that really rubs me the wrong way is the approach towards driving under the influence of cannabis. Their “zero tolerance” approach means that individuals who smoked a joint a day or two ago could risk getting a DUI charge because THC takes a while to completely rid itself from the body. Regular users are especially at risk as their tolerance is higher and blood THC levels take far longer to return to ‘normal’.

Let’s Use Logic and Facts

I’m not supporting driving around with a blunt hanging out of your mouth, or a bong on your lap while cruising around town. But if a responsible adult smokes a joint one night, sleeps it off and then jumps in their car, they shouldn’t be at risk. Introducing legislation that punishes cannabis users far more than those who consume alcohol and drive is a step in the wrong direction and it’s completely baseless.

Much remains to be determined over the next year before legalization actually rolls out. We hope that logic will prevail and Canadians will be able to enjoy cannabis responsibly without fear of prosecution.