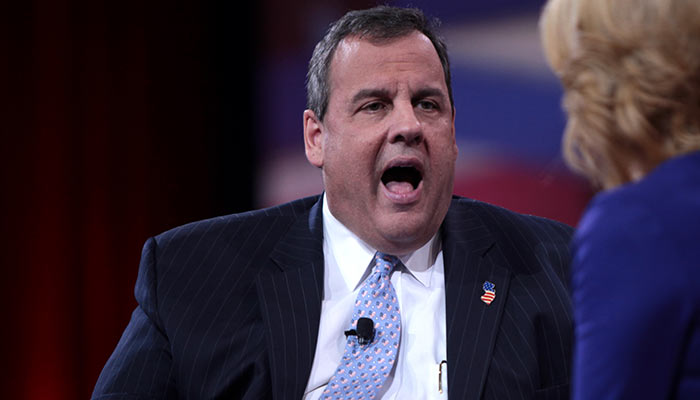 It’s no secret that Christie is an absolute buffoon, but his latest remarks regarding marijuana really prove how ignorant he is on the subject.

Gov. Chris Christie answered a few questions in a town hall in New Hampshire on Monday. He doubled down on his anti-weed stance when he answered one citizens question about the legalization of marijuana. Christie said “Get high now, because when I’m president, it’s over buddy.” It sounds like he was threatening a teenage pot-head.

Last year, Gov. Christie told radio host Hugh Hewitt “Marijuana is an illegal drug under federal law, and the states should not be permitted to sell it and profit from it.” I guess he prefers the money going into the pockets of criminals, both the drug traffickers and the multi-billion dollar industries with a vested interest in keeping cannabis illegal.

Why Gov. Christie Is Dead Set Against Cannabis, Facts Be Damned!

Is Gov. Christie’s platform on cannabis based in reality though? Can anyone with even a modicum of intelligence come out and say the war on drugs, and the war on weed more specifically is working? Even if it was (which it isn’t…) why are fighting a plant that has such a promising future in medicine and virtually no harmful side effects? The answer is because there is A LOT of money in keeping cannabis prohibited. At the end of the day, legalizing cannabis nationwide would hurt the bottom line for a number of multi-billion dollar businesses, from the pharmaceutical and alcohol industries, to the police and privately run prisons.

Christie has made it very clear that he is 100% against legalizing cannabis. It goes to show that he is either hateful and incompetent, or a puppet for the lobbyists that profit from disease and locking up peaceful, tax paying citizens.

We could take some cheap-shots at Christie, lord knows the target is big enough. But we think that he does a good enough job making himself look foolish.

Chris Christie Might As Well Be A Comic Book Villain

Gov. Christie, we implore you to take a look at the facts. Take a look at the lives that cannabis has helped and in some cases saved. Look at the numerous stories of young children suffering from dozens of seizures each and every day, finally finding a treatment that gives them a chance to enjoy life again. Look at the countless chronic pain sufferers across the country that are being prescribed dangerous and addictive opiates.

Sitting on your soapbox, spewing your toxic propaganda makes you a true to life super-villain. The only thing comforting us is the notion that he doesn’t have a hope in hell in becoming the next president.