CNN broke some pretty important news back in 2013 regarding medical marijuana and treatment resistant epilepsy. Charlotte Figi, an eight year old girl from Colorado has such a form of epilepsy, known as Dravet Syndrome. 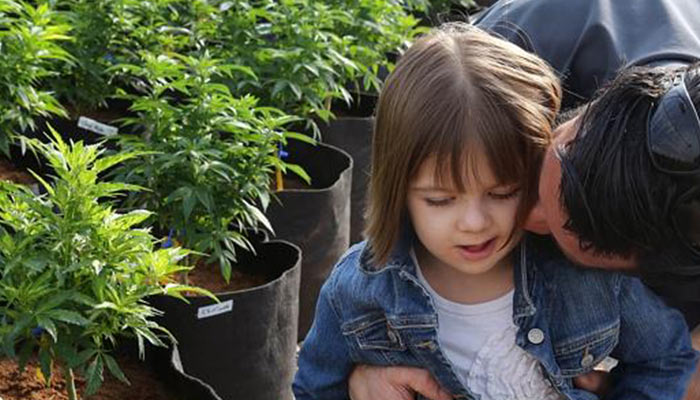 One Girl’s Battle with Epilepsy and how Cannabis Helped

Charlotte started suffering from seizures at about 3 months old, and they would last up to 2-4 hours at a time. Needless to say, Charlotte spent quite a bit of her time in the hospital. Her parents were desperate for answers and a treatment option that worked.

Charlotte’s parents found a Dravet Syndrome specialist in Chicago who placed Charlotte on a ketogenic diet. The ketogenic diet is often used to help treat epilepsy, it is a high fat, low carbohydrate diet. Charlotte responded well to the diet at first, until her seizures surfaced again a couple of years later.

Paige and Matt Figi (Charlotte’s parents) were running out of available treatment options for their little girl. Until one day Matt came across a story of a little boy from California who was successfully treating his epileptic seizures with cannabis extract. The young boy was using a strain of cannabis that was very low in tetrahydrocannabinol (THC), the compound in cannabis that is responsible for the ‘high’ feeling and psychoactive effects. The strain was bred specifically for its high cannabidiol (CBD) content, a compound that has profound medical benefits without the psychoactive effects of THC.

The young boy from California saw a dramatic reduction in the number of seizures he suffered from on a daily basis. A god-send to his parents who previously tried countless treatment options to no avail.

“Charlotte’s been close to death so many times, she’s had so much brain damage from seizure activity and likely the pharmaceutical medication,” said Dr. Margaret Gedde, a physician that met with the Figi family. “When you put the potential risks of the cannabis in context like that, it’s a very easy decision.” – Dr. Gedde [1]

Charlotte’s parents put her on a CBD treatment regimen and saw a similar reduction in the number of seizures she suffered from. While they were a little trepidatious about using marijuana to treat their little girl’s Dravet Syndrome, the results finally gave them hope.

Fast forward to a month ago, Orrin Devinsky, a neurologist at New York University Langone Medical Center published results for the largest study ever done on the benefits of cannabis for treatment resistant epilepsy in The Lancet Neurology.

Researchers treated 162 patients with a 99% CBD extract over the course of 12 weeks. Patients weren’t exclusively treated with CBD extract though, it was used as an add-on treatment for their existing medications.

After 12 weeks, researchers reported some pretty astounding findings. Motor seizures dropped by an average of 36.5%, and 2% of patients became completely seizure-free after the CBD treatment. About 79% of patients reported feeling some sort of adverse effects, including sleepiness, fatigue and diarrhea.

The adverse effects that some patients felt could be attributed to the CBD treatment, but it is likely the other medications played a role as well. Cannabidiol is often used for its pain relieving effects and ability to reduce stress and make sleep come a bit easier, so fatigue and sleepiness aren’t too surprising. The diarrhea is a bit more alarming, but it could be due to the liver being overloaded with medications.

Cannabidiol can slow the rate at which the liver processes chemicals and toxins, exposing the patients to more of the medications that they were already taking.

Cannabis Could Be The Answer

For about one third of epilepsy sufferers with a treatment resistant form of the disease, cannabidiol could provide relief. It could help reduce seizure frequency and so far proves itself as a safe treatment option for children and adults.

Orrin Devinsky and his team have provided the world with the single largest study on cannabis and treatment resistant epilepsy, and the results were fantastically promising! Cannabis has been used to help relieve seizures for over one hundred years, but only now are we really starting to understand how and why it works.

As legalization movements are putting more and more pressure on lawmakers, the scientific community is more able to properly study the cannabis plant and it’s many health benefits. Assuming medical marijuana can weather the storm brewing from the pharmaceutical and alcohol industries, expect it to become a far more mainstream treatment option for dozens of ailments.