Britain’s Prime Minister, Theresa May had an interview with ITV News via Facebook Live video the other day. Questions were submitted, and May answered. One of these questions was submitted by a woman who said that cannabis was the only thing that helped her with her debilitating anxiety, but she has to be a criminal to get the only thing that helps her (around the 52-minute mark of the video). 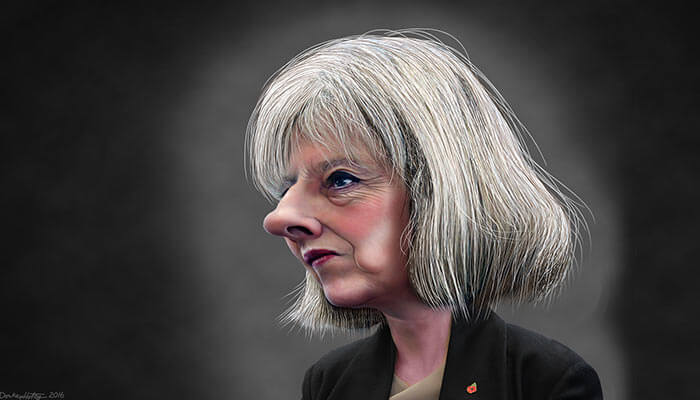 The British PM was not pleased with the woman’s success, instead she took the opportunity to showcase her glaring lack of knowledge of the subject.

“There have obviously been some studies into the use of cannabis or derivatives in relation to the medical use. The reason I don’t believe in legislating, uh, making cannabis use legal, is because of the impact that I see it having on too many people in terms of drug use and I think what we’ve seen is stronger forms now being used. I think it can have a real impact on people in terms of their mental health, but it can also of course lead to people going onto harder drugs. I have a wonderful woman in my constituency, Elizabeth Burton Phillips who runs something called DrugFAM, which supports families. One of her twin sons – they both started on cannabis when they were at school and went on to heroin, and one of her twin sons committed suicide.” – Theresa May, British PM

If Theresa May took the time to look into “some studies” on cannabis use, or if she had the presence of mind to understand the difference between causation and correlation she might look at things differently.

Stating that cannabis use led to the use of heroin and suicide is not only ignorant, it’s dangerous for someone in a position of power to make these baseless accusations.

It might sounds like I’m attacking Theresa May over these statements… and I am. Not only is she complacent about current cannabis laws in Britain, she is helping to spread the reefer madness-style propaganda that’s responsible for the continued suffering of countless individuals. People who could benefit from cannabis, and those whose freedom / families have been taken away for cannabis use.

I for one would prefer not to take cannabis pointers from a woman who is glaringly uneducated on the subject. Being uninformed is fine. Holding a position of power and deliberately spreading misinformation is downright villainous.

Let’s unpack what she said regarding cannabis use leading to harder drugs, and suicide…

Cannabis Use Leads to Harder Drugs

Not only is this untrue, cannabis is now being used to help opiate addicts kick their addiction.

States that have legalized medical marijuana use have seen a significant decline (24.8%) in deaths due to drug overdose.

Saying that cannabis use leads to harder drugs is like saying “drinking milk at a young age leads to becoming a serial killer” simply because most serial killers drank milk… Ridiculous right?

Cannabis Use Leads to Suicide

Blaming suicide on cannabis is both outlandish and trivializes suicide itself. It’s spitting in the face of the families affected by suicide, as if there were no other factors involved in the decision to take one’s own life.

Depression is a serious condition that impacts the lives of millions of people. Cannabis has actually been shown to alleviate depression and the symptoms associated with it.

“Suicides among men aged 20 through 39 years fell after medical marijuana legalization compared with those in states that did not legalize.” – Published in the AJPH.

Individuals suffering from mental disorders should be cautious when opting to use cannabis, working closely with a medical professional is of the utmost importance. For the vast majority of people however, cannabis will not lead to suicidal thoughts or tendencies.

Chances are, if you’re a heroin addict you probably smoked marijuana at some point. This doesn’t mean that cannabis led to the use of heroin.

Certain people are more willing than others to break the law and purchase drugs. Certain people are interested in altering their state of consciousness by using drugs. TIME did a wonderful job explaining this in an article back in 2010:

“If you are a true music fan, you probably won’t stick to listening to just one band or even a single genre – this doesn’t make lullabies a gateway to the Grateful Dead, it means that people who really like music probably like many different songs and groups.”

Let’s do humanity a favor and start thinking about things more critically.