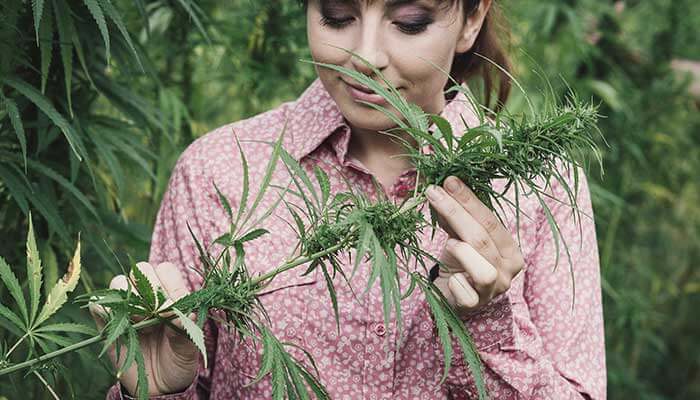 The study — conducted at Columbia University’s Mailman School of Public Health and soon to be published online in the  American Journal of Public Health — analyzed Fatality Analysis Reporting System data from 1999-2013. Specifically, they examined the data of 68,394 drivers from 18 states who tested positive for a number of substances and the vast majority of whom died within 1 hour of their accident.

As a result, the researchers determined that a state allowing for the legal use of medical cannabis would result in a decrease in that state’s rates of opioid addiction.

“We would expect the adverse consequences of opioid use to decrease over time in states where medical marijuana use is legal, as individuals substitute marijuana for opioids in the treatment of severe or chronic pain,” said a lead author of the study, June H. Kim, a doctoral student at Mailman School of Public Health’s Department of Epidemiology, in a press release.

Twenty-five states and the District of Columbia currently allow for the use of medical cannabis. According to Kim, the numbers may reflect the fact that the age group surveyed is that which is statistically most likely to use medical cannabis in the first place.

The researchers indicated that while the evidence clearly favors the notion that the legalization of medical cannabis could aid in the fight against the country’s burgeoning opioid epidemic, more research is nonetheless needed in order to make a firmly declarative statement.

“As states with these laws move toward legalizing marijuana more broadly for recreational purposes, future studies are needed to assess the impact these laws may have on opioid use,” Kim stated.

The researchers are not the first to identify cannabis as a possible tool in the fight against opioid addiction: A professor at UC Irvine School of Medicine recently spoke out on the cannabis’ potential, decrying what he saw as “decades of misunderstanding, misconception, and misinformation on cannabis.”

Medical cannabis is also being increasingly used by members of the military, both to fight the effects of PTSD and to provide an alternative to powerful opioids that have been found to be highly addictive.