A hearing on cannabis held Tuesday by the Senate Caucus on International Narcotics has been derided by critics as stacked against proponents of cannabis legalization. 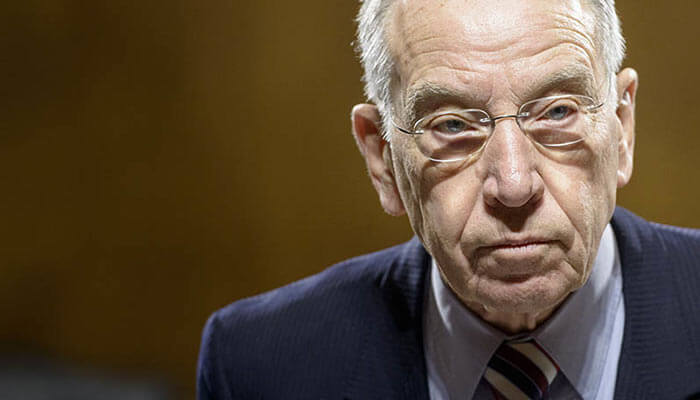 The hearing, co-chaired by Sens. Chuck Grassley (R-Iowa) and Dianne Feinstein (D-Calif.), was called last month to address negligence by the Justice Department in its enforcement of cannabis laws. The announcement followed a report from the Government Accountability Office (GAO), charging the Justice Department with failing to document the ways in which it went about enforcing the Obama administration’s anti-drug guidelines.

Among the witnesses invited by the panel were Nebraska Attorney General Doug Peterson, U.S. Attorney Benjamin Wagner, Smart Approaches to Marijuana advisory board member Dr. Kathryn Wells, and the GAO member who authored the report that became the impetus for the hearings. With the exception of the GAO official, all of the witnesses expressed opposition to cannabis legalization.

Yet before the hearing even took place, it was being questioned by observers and critics because of the seemingly-hostile attitude towards cannabis legalization by all of those called to testify.

“These hearings are a one-sided sham with the deck stacked with witnesses who have a track record of vehemently opposing marijuana legalization,” said Michael Collins, the Deputy Director the Drug Policy Alliance’s Office of National Affairs. “An honest evaluation of marijuana legalization would include the undeniable benefits of legalization like the massive drop in marijuana arrests, the billions in taxes, and the transition from an underground market to a regulated one.”

Several of the assertions made by the panelists –that cannabis serves as a ‘gateway drug,’ or that the state of Colorado has seen a jump in illicit cannabis use by young people since its legalization of recreational cannabis– were disputed in the media following the hearing.

According to Grassley spokesperson Jill Gerber, no official with a pro-cannabis perspective was included on the panel of witnesses because the hearing sought to focus on the Justice Department’s policy of enforcement “and its commitment to keeping track of what is happening in the states, not directly about any particular state’s policy.”

Four states currently allow for legalized recreational cannabis use, with several more likely to join their ranks before the end of the year. One recent public-opinion survey survey found support for cannabis legalization among the general public to be at an all-time high.