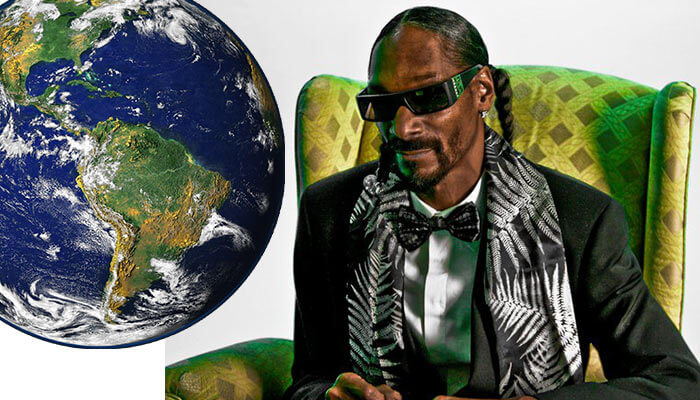 The internet is abuzz with Snoop Dogg’s Plizzanet Earth, where the rap legend candidly narrates scenes from planet earth. If you haven’t seen them all a dozen times by now, this is your chance!

Snoop’s Plizzanet Earth, A Must See

Many sites are reporting that Snoop decided to narrate planet earth one night when his X-box live was down. He has actually been doing it for quite some time, and they are pure gold!

While it is pretty clear that Snoop has some trouble identifying some animals, it won’t stop you from busting a gut.

Aside from his David Attenborough-esque career, Snoop has been busy with his new show on West Fest TV Turf’d Up. Not to mention his new personally branded marijuana line Leafs by Snoop.

To put it plainly, we can’t get enough Snoop! Here is even more footage of the Dogg Father narrating Planet Earth.