Olympic Athletes Allowed to Use Cannabis in 2016 Rio Summer Games

­
Olympic Athletes Allowed to Use Cannabis in 2016 Rio Summer Games

Cannabis was first an issue at the Olympic games in 1998 when Canadian snowboarder Ross Rebagliati tested positive for marijuana following his gold medal win. Ross’ medal was suspended temporarily, however the officials found that cannabis wasn’t on the list of banned substances. It was quickly added to the banned substance list the following year by the World Anti-Doping Agency. 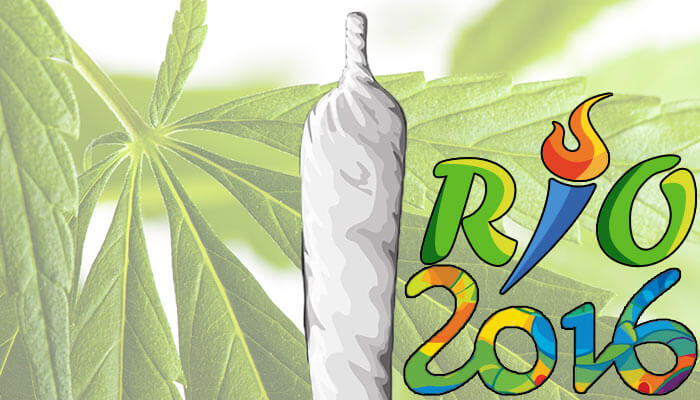 The 2016 Olympic games held in Rio de Janeiro, Brazil, are ripe with controversy already. Russian doping scandals, horrific living conditions for the athletes, teachers going unpaid in order to pay for the Olympic games and a mosquito-born virus known as Zika. One thing that some athletes may rejoice over is the fact that they can use cannabis in the weeks leading up to the games.

In 2013 the World Anti-Doping Agency raised the allowable level of cannabis in an athlete’s system from 15 nanograms per ml to 150 nanograms. It still means that athletes cannot use cannabis in the days leading up to the games, nor can they partake in the devil’s lettuce during the games. But for many athletes who opt for medical marijuana to deal with chronic pain over the harmful opiate alternatives, this is fantastic news!

Ben Nichols, a representative for the World Anti-Doping Agency, told USA Today why they felt the change was necessary.

“Our information suggests that many cases do not involve game or event-day consumption. The new threshold level is an attempt to ensure that in-competition use is detected and not use during the days and weeks before competition.”

One thing for athletes to keep in mind, despite cannabis regulations being more relaxed, Brazilian law still considers cannabis illegal. Regardless of the Olympics view on cannabis, athletes may find themselves in some hot water if they are caught toking up on Brazilian soil.

In conclusion, the news that Olympic athletes are allowed (kind of) to use cannabis leading up to the games isn’t new. However it is really quite promising that the World Anti-Doping Agency showed some leniency towards cannabis users, and hopefully amends the current rules to further accommodate athletes who choose to manage their pain (or just chill out) with cannabis.