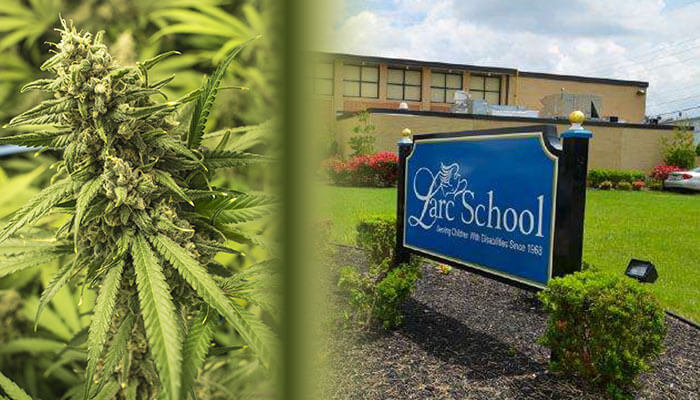 Larc School has a number of students “with a wide range of disabilities,” who can benefit from this. Until now it was prohibited, despite the evidence supporting the safety and efficacy of cannabis oil.

Last year the school was sued by the family of 16-year old student Genny Barbour who suffers from epilepsy for not allowing her to medicate during school hours. The suit was unsuccessful, but may have helped spark real change. Until now the school was afraid of violating federal marijuana laws, now that the new state laws are in place however, the fear has subsided.

Genny suffers from seizures that prescription drugs cannot alleviate, but 4 doses of cannabis oil daily have significantly improved her condition. Larc School was very vocal that they wanted the best for their students, but with the threat of violating federal law looming overhead, there was little they could do.

“We want the best for Genny,” said Susan Weiner, the executive director of Larc School to NJ.com. “We were not able to do it legally [last year],” she explained, but days after the state bill proposed by Chris Christie passed the school changed their policy to accommodate students benefiting from medical marijuana.

Who Are The Real Criminals?

Cannabis oil is popping up more and more lately, with such profound benefits for children (and adults) who suffer from seizures. Horror stories of a young child suffering from dozens of seizures per day, but the most effective treatment is prohibited. Parents are forced to either watch their child suffer day after day, or break the law in order to provide them the treatment they need.

Instead of turning these parents into criminals for doing what is best for their child, we should be putting policy makers away for deliberately ignoring the facts. I challenge any free-thinking individual to explain to me why a child suffering from dozens of seizures a day is more favorable than the use of medical marijuana.