The key committee of the Illinois state Senate on Tuesday revived debate on a cannabis-decriminalization measure that died in debate last year. 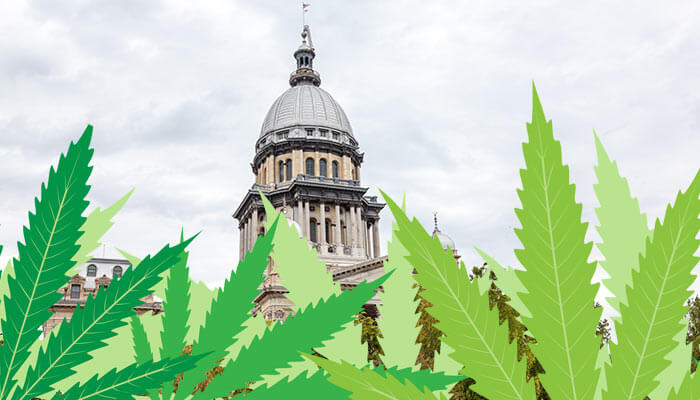 The bill was initially tabled last year after the state’s Republican governor, Bruce Rauner, forced tighter restrictions into the measure using his amendatory veto powers. Those changes were included in the new measure, which was sponsored by state Sen. Heather Steans, D-Chicago, and approved by the body’s Criminal Law Committee.

The bill would make the possession of up to 10 grams of cannabis punishable by a ticket rather than prison time. That is lower than the 15 grams –equal to roughly 30 joints– initially included in the bill and that the governor sought to change.

The revised bill also raises the price of fines –initially set in the $55 to $125 and now set between $100 and $200—and reduces the level of cannabis a person is permitted to have imbibed before attempting to operate a vehicle.

According to Steans, the bill looks to provide “more consistent and fair enforcement and prosecution of cannabis possession across the state.”

Steans’ sentiment was echoed by assistant state’s attorney Brandon Nemec, who stressed the importance of lightening the caseload of an already-beleaguered criminal justice system.

It Makes Sense and Saves Dollars

“It’s very much a resource-based rationale for why we support this legislation,” said Nemec. “All too often, particularly in Cook County, we have a situation where an individual is arrested for a small amount of cannabis, they are sought to appear before a court, and the case is dismissed.”

According to Nemec, valuable time and resources would be better-spent on those with more serious offenses, rather than putting “someone into the criminal justice system with an arrest on their record.”

Despite the changes to the original bill, however, the revised version has still been met with opposition. Ralph River, a representative of the Illinois Family Institute, a state non-profit organization, voiced his concern before the committee that drug intervention and treatment could face difficulty in reaching those for whom it is needed.

“We’re always concerned about what message it is for the youth,” he stated.

The new action on the measure comes amid fresh polling data indicating that support for medical cannabis has risen dramatically: Eighty-two percent of Illinois voters now favor the prescription of small amounts of medical cannabis, while just sixteen percent oppose it. The legalization of recreational cannabis receives split support, with forty-five percent supporting its legalization and fifty-one percent opposing it.