Cannabis and Cars – The Facts About Driving High

­
Cannabis and Cars – The Facts About Driving High

Everyone knows that driving drunk is illegal and extremely dangerous. But the Colorado Department of Transportation said that 21% of recreational marijuana users did not know they could be cited for driving while high. 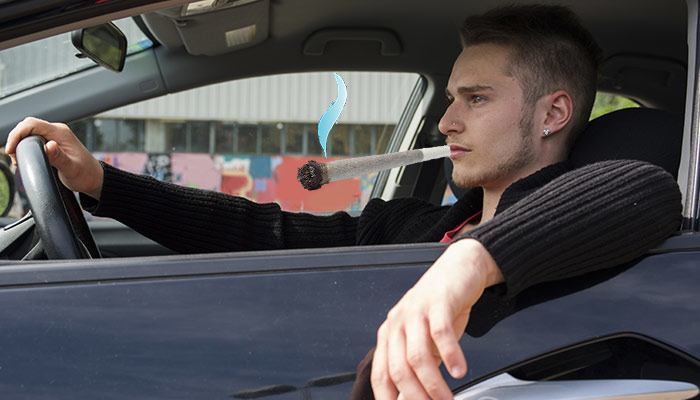 Is it fair that you can get a DUI for driving high?

In 2014, Colorado issued 5,546 citations for driving under the influence of drugs or alcohol. 674 (12.2%) of those citations were for suspected marijuana use, either alone or in combination with other substances. Only 6.4% (354) of cases involved a driver who consumed marijuana alone.

Quite a few states have a zero tolerance for ‘drugged driving’, meaning any THC found in the blood would result in a driving while under the influence charge. For regular marijuana smokers, this means you can almost never drive legally.

Driving while high is dangerous, there is no way to argue that a mind altering substance is safe to consume before operating a vehicle. But! Smoking a joint the night before shouldn’t leave you at risk of a DUI the next morning.

According to a 2013 National Survey on Drug Use and Health, an estimated 9.9 million Americans ages 12 and older reported driving while under the influence of illicit drugs the year prior. We can only assume most 12-14 year olds aren’t driving regularly regardless of their illicit drug use. Illicit drugs cover any illegal drug or misuse of prescription drugs, not just marijuana.

In 2013, an estimated 28.7 million people reported driving under the influence of alcohol at least once in the year prior. Just to put it into perspective.

Prescription Drugs Are A Bigger Problem Than Weed

Studies have shown that cannabis use impairs driving and increases the chances of a major collision.

Again, not supporting driving high, just think the methods used to test for intoxication need to be fine-tuned. Also, driving while drunk should still be our main concern. Studies have shown that driving drunk is far more dangerous than driving while high. When users consume both alcohol and marijuana, the risk of getting into a serious accident is far higher than either substance alone.

Lets look at the dangers of driving after prescription drug use, especially in elderly drivers taking a number of drugs. This is a major contributor to fatal crashes and is virtually never discussed.

Stop condemning marijuana users and deliver the facts about driving stoned. Yes it is dangerous, but the current laws just don’t make sense.