Many Veterans Look to Cannabis to Combat PTSD

­
Many Veterans Look to Cannabis to Combat PTSD

An increasing number of veterans are using medical cannabis to treat their post-traumatic-stress disorder (PTSD). 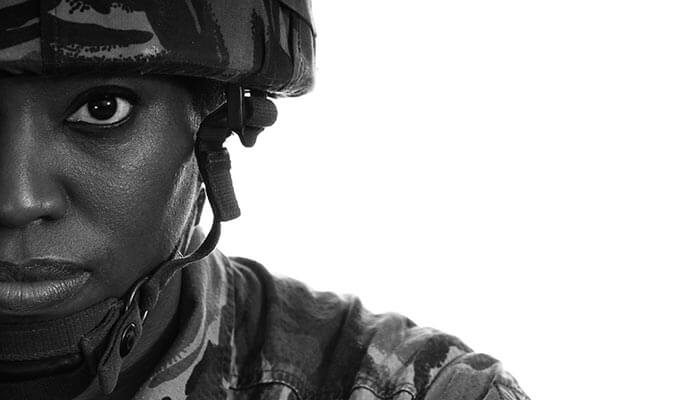 Medical cannabis remains unapproved by the Department of Veterans Affairs due to inconclusive studies of the products effects on PTSD. That does not deter many veterans, however, who testify to cannabis’ capacity to manage their anxiety and insomnia, and wean them off of drugs like Klonopin and Zoloft that were impeding their ability to lead a normal life.

Cannabis and PTSD, It’s Not for Everyone

“Cannabis takes those symptoms away so that I can sleep, not have nightmares, feel very calm, don’t have the anger outbursts and not be paranoid,” says Army veteran David Bass.

Others, however, have not had the same experience: Army veteran Andy Zorn, for example, who served in Iraq and was diagnosed with PTSD, killed himself in 2014 at the age of 31. In his suicide note, Zorn wrote, “marijuana killed my soul & ruined my brain.”

While debate around the issue swirls, states and individuals appear to be leaning in the direction of allowing for greater use of cannabis as medicine. Among states that allow for medical cannabis, there are currently 10 that list PTSD as one of the ailments for which the product can be prescribed.

The subject has also garnered the interest of researchers. Researchers at the University of Calgary, for example, have been studying the potential effects of cannabis on PTSD for five years and appear to be showing progress.

The method of treatment is also gaining adherents among veterans and those suffering from PTSD.

“I went from being an anxious mess to numbing myself with the pills they were giving me,” says former Marine Mike Whiter, who resides in Philadelphia. “Cannabis helped me get out of the hole I was in. I started to talk to people and get over my social anxiety.”

With so many veterans returning home from battle suffering from PTSD –and some taking their lives as a result– the issue remains one of paramount concern. However, other researchers indicate that we are still several years away from obtaining reliable studies on the issue.

“There surely is not enough scientific evidence to say marijuana helps PTSD,” says Marcel Bonn-Miller, a professor at the University of Pennsylvania who is leading research on the issue that is being funded by the state of Colorado. “But we’ll get a heck of a lot closer to getting to know the answer in two to three years.”