We had the opportunity to chat with cannabis pioneer Ariel Payopay, the mastermind behind Leira Cannabis Cigars (Cannagars). 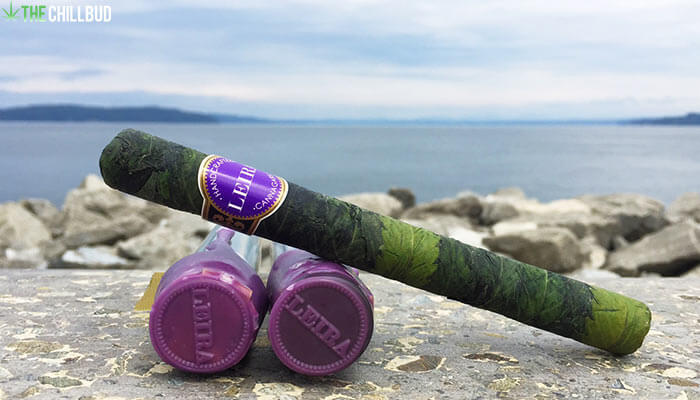 Leira cannagars are the ultimate luxury for cannabis enthusiasts.

Ariel walked us through the process of creating his cannabis cigars, he couldn’t reveal every step of his process though, after all, he has a business to run.

The average Leira cannagar takes just over an hour to roll and over a month to cure. He starts out with top shelf bud that he forms into the ‘core’. The core is then wrapped in a solvent-free concentrate known as ‘rosin oil’, finally the whole thing is wrapped up with pure marijuana leaves. The only ingredient is cannabis, from start to finish, making it one of the purest cannabis experiences you can have. 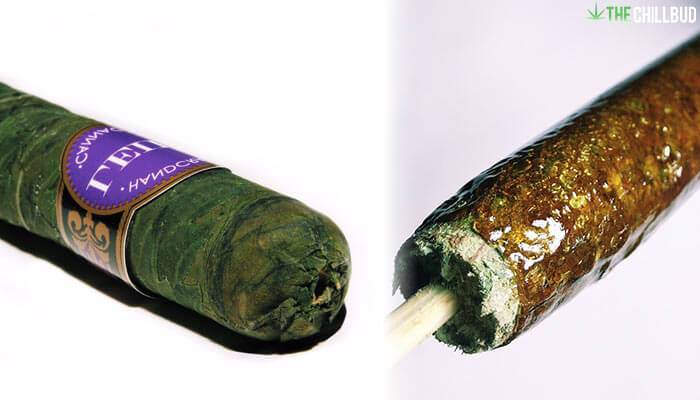 A 6 inch Corona cannagar from Leira consists of 9.5-10 grams of bud, 3 grams of rosin oil and is sealed up with 2 layers of marijuana leaves. Burn time for one of these beauties is between 5-6 hours.

As you might imagine, these aren’t meant for everyday tokes. The idea is to reserve a Leira cannagar for those extra special occassions. A stoner friendly version of popping a bottle of champagne or breaking out a few cigars to celebrate.

Birth of the Cannabis Cigar

Ariel wasn’t the first person to dream up the idea of a cigar made entirely of cannabis, but he very well may be the first to perfect the process.

“I saw my first cannagar on Instagram from afgoo_head and I was blown away from his art of rolling.” said Ariel.

All the cannagars he came across at the time had one major issue in his mind, they didn’t have a refined look.

“I wanted to get away from using string to tie the buds together… the string gave the edges a rough texture,” Ariel had something else in mind, “I wanted to mimic the clean look of the current tobacco cigars so I figured out how to make the cores faster and cleaner and wrap the cannabis leaves around it neatly.”

At first Ariel spent around 3-4 hours rolling each cannagar, since then he has it down to around an hour he told us.

Catering to the Cannabis Elite

Branding was a major focus for Ariel, he wanted to get away from the cliche stoner branding used by so many companies. This helped inspire the name Leira, he simply used his name backwards.

Taking a few cues from the tobacco industry, Ariel designed a classy band to be used on each cannagar, packaged them in a clear tube and finished them with a luxurious purple wax seal.

“I went with the color purple because purple represents royalty, power, and wealth. This image is what I wanted to reflect with my cannagars since they would be a high end special occasion item.” Ariel told us. Quite frankly, we think he nailed it.

Take one look at a finished cannagar and you immediately recognize the luxury and class oozing from it.

The final price still isn’t hammered down, but Ariel expects it to be in the hundreds. We are guessing somewhere between 2 and 3 hundred dollars, but that’s just our guess. Aside from the product itself, you are paying for the artistry involved in each cannagar.

Right now Ariel is in the process of finding investors to help launch his brand and make it a staple in dispensaries nationwide.

Check out his social accounts for regular updates and even more awesome pictures of his cannagars.