How To Decarboxylate Cannabis and Why It’s Important

­
How To Decarboxylate Cannabis and Why It’s Important

Decarboxylating or ‘decarbing’ cannabis is a crucial process in order to convert the THC-A into the psychoactive THC that we all know and love. This is only necessary when cooking with cannabis or creating tinctures and topical solutions. 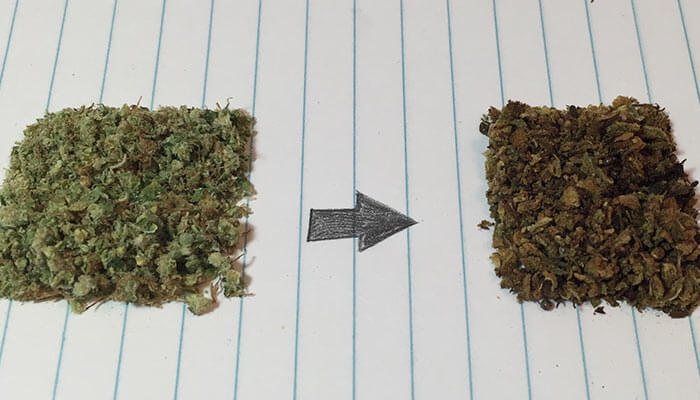 In order to get the maximum effect of the cannabis’ THC concentration you will want to decarboxylate the bud before using it to make butter, brownies, oil or whatever’s on the menu.

How To Decarboxylate Marijuana

In order to decarboxylate your cannabis you will need: raw dried cannabis, baking sheet, parchment paper, egg timer and an oven.

The process is the same for decarbing stems, trim and even kief.

We suggest decarboxylating cannabis at 225° F, this helps preserve the flavors and potency of the different terpenes and cannabinoids found in cannabis, not just the THC. This is a fine balance though, you want a temperature high enough to properly decarb the THC-A content of the herb, but not so hot that you begin to burn off THC and the wonderful terpenes that give cannabis cooking its zest!

225° seems to be the sweet spot for converting the most THC-A into THC while still preserving the flavor and potency of the terpenes. Some people argue that higher temperatures help to maximize the amount of active THC in the final product, others argue that lower temperatures for longer periods of time do the same.

Instead of reading conflicting reports for hours on end, we suggest you just take our word on it and decarb at 225° F. Once you get a feel for the process, start experimenting with different temperatures for different periods of time until you get the perfect balance of potency and flavor.

Speaking of conflicting reports, the maximum temperature at which you can heat cannabis before the THC begins to burn off is anywhere between 315° F – 392° F. This is important to know when baking with cannabis / cannabutter to ensure you don’t vaporize all the THC during the baking process. The maximum recommended temperature for baking or cooking with cannabis is 350° F. If possible, we suggest baking at around 300°-325° F.

Why Decarb Is Necessary When Making Butter / Oil

By decarboxylating the marijuana first, you can ensure that every last drop of THC-A is converted to the desired THC. Put simply, you are wasting your weed by not properly decarbing it first.