Medical cannabis dispensaries have shuttered their doors across Montana in the wake of a state Supreme Court decision severely limiting the numbers of cannabis businesses that may operate in the state, as well as the numbers of patients that may be served by such businesses. 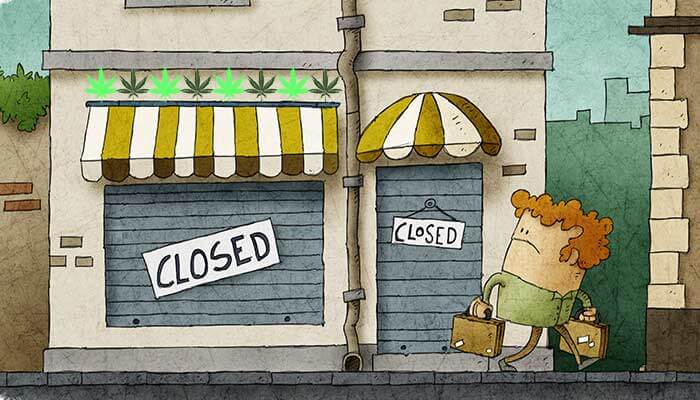 Under the court’s decision — which takes effect today — cannabis businesses across the state may sell medical cannabis to no more than three patients. Also, physicians responsible for the reference of over 25 patients to receive medical cannabis are forced to appear before the Board of Medical Examiners.

“The regulations really do limit our program. It actually decimates our program and brings it down to nothing,” said Misty Carey, the owner of KannaKare Health Services, which is being forced to close their doors after being one of the many cannabis businesses unable to comply with the court’s ruling.

Industry observers have also reacted negatively since the imposition of the court’s decision, with both state government and activist groups both expressing disapproval with the clamping down on cannabis businesses. The Montana Department of Public Health and Human Services, which operates the state’s medical cannabis regime, recently released a statement decrying the court’s decision.

“DPHHS is concerned for the many thousands of patients with conditions like cancer, multiple sclerosis and epilepsy who have been prescribed medical marijuana by a licensed physician and who could find themselves suddenly without an effective treatment as a result of a Supreme Court ruling,” read the statement.

The DPHHS will be providing temporary medical cannabis permits, with patients receiving a 30-day grace period to decide how to proceed. They have the option of becoming their own cannabis provider, switching to a different supplier in the state, or canceling their membership in the program entirely.

While the imposition of the court’s opinion is put into action, Montana activists remain sanguine about the prospect of cannabis rights going forward. The state’s November ballot will include a measure, called I-182, which among other things, seeks to undo three-patient limit on providers, repeal the 25-patient rule and does not allow the authorities to conduct unannounced raids of medical cannabis facilities.

“As we talk with our friends and neighbors and local press as these provisions go into effect, let’s remember what’s important – thousands of Montanans, people in hospice, and people with cancer will suffer for no good reason in the world,” reads a blog post on the Montana Cannabis Industry Association’s website, blasting the court ruling that resulted in the businesses’ closures. “We must remedy this. We must pass I-182. Let’s focus on what’s important Right Now.”

Montana’s rollback of access to medical cannabis comes as other states continue to increase it: Pennsylvania, for example, recently released a draft of rules governing its medical cannabis program, which will likely be up and running in early 2018.