The top doctor in the United States Army has voiced skepticism about whether U.S. service members suffering from PTSD should treat their condition using medical cannabis. 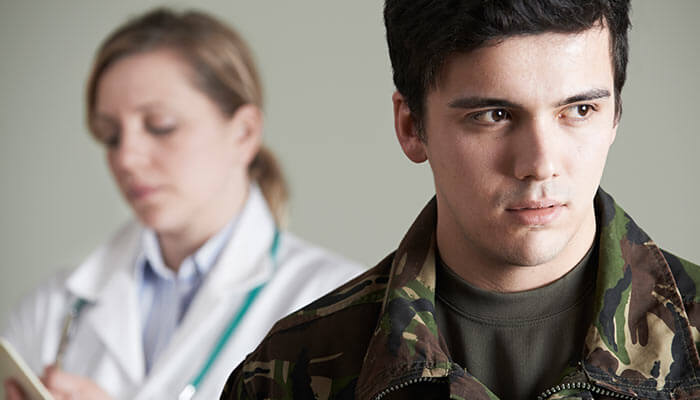 Lieutenant General Nadya West, who is also the 44th U.S. Army Surgeon General, said in an interview this week that she has lingering doubts about whether cannabis should be used to treat the condition that afflicts many service members returning from active duty.

“It’s been found that using marijuana has a lot of adverse health effects,” she says. She added that cannabis “is more dangerous, with some of the carcinogens that are in it, than tobacco.”

“So to make it sound as if it’s perfectly safe, the impact that it has long-term on certain areas of the brain, especially young people developing, that’s been proven: irreversible damage to the hippocampus and things like that can really have impacts on individuals long-term.”

West’s comments come as the U.S. government has increasingly opened the door to allowing cannabis to be used as a treatment for PTSD and other medical conditions. The U.S. Drug Enforcement Agency (DEA) in April approved an expansion of research into the substance for its potential benefits in treating PTSD.

And while the DEA earlier this month rejected a bid for rescheduling of cannabis’ status as a Schedule 1 Federally Controlled Substance, it nonetheless approved an expansion of research into the substance’s possible medical benefits, including its possible effects on PTSD.

Observers have been outspoken across the country on the issue of cannabis and its possible relation to PTSD: The New Jersey legislature, with prodding from veterans within the state, earlier this month passed a bill that would legalize cannabis use for those suffering from PTSD.

“For many veterans, the effects of PTSD are not always healed by time and can be lasting and profound,” said Tim Eustace, a New Jersey state assemblyman who supported the measure. “When it comes to PTSD, medical marijuana holds the promise of providing significant relief as it does for many other illnesses and conditions that are not easily treatable with traditional medication.”

Despite her skepticism, Lieut. Gen. West welcomes the increased amount of research into cannabis that will take place over the coming years.

“I don’t know if we need to have the full spectrum of what’s in marijuana as it’s typically administered, but if that’s necessary,” she said. However, “we should always, at least, have an open mind to look at things in an evidence-based way for something that could be useful for our soldiers.”