A plurality of Republicans now supports the legalization of cannabis, according to a new poll by the polling firm YouGov. 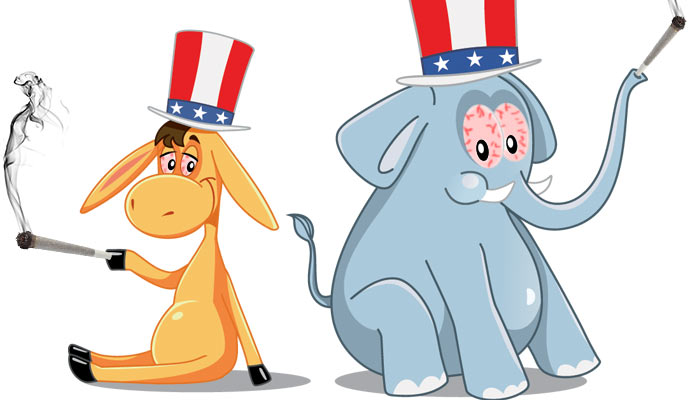 “Most of this change is a result of changing attitudes among Republicans,” according to YouGov’s Peter Moore. “In fact, for the first time, Republicans tend to support legalization.”

Taken in full, the most recent numbers represent a 35-point swing in favor of cannabis legalization in just two and a half years, with more evolution likely to take place.

Fifty-four percent of Republicans were also found to believe that efforts by the federal government to enforce existing cannabis laws were more costly than beneficial, a number that is essentially unchanged from last December.

Despite their evolution, however, Republicans nonetheless lag behind Democrats on the cannabis issue: The YouGov survey found a 63 percent of Dems supportive of legalization, with just one quarter opposed.

The evolution of attitudes on the cannabis issue reflects a broader cultural shift in the past several decades towards liberalization of cannabis laws. According to an analysis of recent polling data by the Pew Research Center, “supporters of legalizing the use of marijuana are far more likely than opponents to say they have changed their mind on the issue,” which suggests that attitudes on cannabis policy are likely to continue to evolve.