Tokyo Smoke is a Toronto based company that is redefining cannabis culture one cup of coffee at a time. 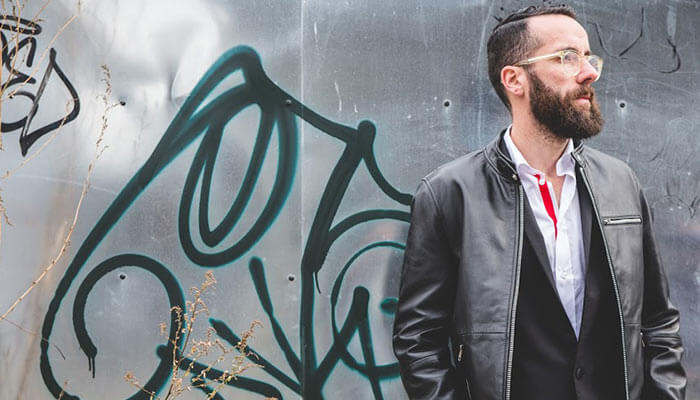 Alan Gertner, co-founder of Tokyo Smoke, an international coffee, clothing and cannabis brand sat down and shared his vision with us.

Rewind one-year, Alan was a high ranking Google employee leading a $100-million + Asia-Pacific sales team. While he was on his way to a voodoo ceremony in Ghana, Alan reflected on his career path. A tour guide gave him a piece of advice that catalyzed a massive change in his life, “You either work on something you love, or work because it supports the people you love.”

Feeling unfulfilled with his work at Google, Alan decided to quit. Steering away from monetary goals and work-related success, Alan embarked on a far more important journey, the pursuit of happiness.

Alan took some time to reflect and really investigate what made him happy in life. While spending some time as a ski tour guide in Japan he came to the realization that there was no home for the creative class in cannabis; the idea for Tokyo Smoke was born.

Alan headed back to his hometown of Toronto and launched his flagship Tokyo Smoke location.

Catering to the stylish, well-traveled and discerning young-professionals of Toronto, Tokyo Smoke is the ‘in’ place to be. It’s a hole in wall coffee joint that’s oozing style and culture, a perfect combination of modern styling coupled with a rustic and almost industrial feel.

Tokyo Smoke is the coffee shop you have always wanted in your community, especially if you have a taste for the finer things in life. Enjoy a premium cup of coffee, fresh cold-pressed juice, an artisanal sandwich, and a warm inviting atmosphere. Peruse the many high-style items they have to offer, curated by professionals on the forefront of the fashion, cannabis and coffee trends.

You’ll Have To Wait to Wake & Bake

Recreational cannabis use remains illegal in Canada, despite Justin Trudeau’s promise to remedy this. Until cannabis legalization becomes a reality in Canada, Alan won’t be able to offer Canadian consumers cannabis with their coffee.

Tokyo Smoke has already partnered up with American cannabis producer Rubicon to create a line of four proprietary cannabis strains:

Alan plans to make these strains available in legal US markets within the year.

“I’m really excited about the [cannabis] revolution,” Alan told us, “I want it to be positive for everyone.”

Alan’s goal is to “bring beauty and design into cannabis,” staying far away from the cartoony, rasta-inspired marketing that has dominated the niche for decades. So far, Alan says Tokyo Smoke has been “really embraced by the community,” and he hopes to bring a Tokyo Smoke to your city in the near future. 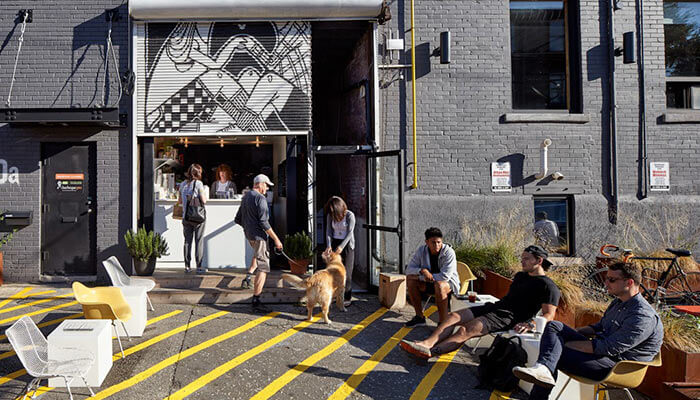 Tokyo Smoke is looking for qualified operators across Canada, “we’re evaluating cities both large and small. We encourage anyone interested in opening a Tokyo Smoke in their hometown to reach out.”

Brands like Tokyo Smoke are of paramount importance to the cannabis legalization movement. They help to relieve some of the stigma surrounding marijuana use by catering to a ‘higher-class’ crowd, a far cry from the drug-rug wearing hippies that we so often associate with cannabis. Aside from the stigma, there is also a sense of embarrassment and shame felt by some marijuana users.

Individuals in a professional field rarely feel comfortable discussing or even admitting that they use cannabis. Often times condemning the use of marijuana by day, and lighting one up in secret by night. By providing a higher class venue (like Tokyo Smoke) for people to learn about cannabis, and hopefully one day purchase it, we are helping to change the way society views pot smokers.

Alan is just one example of a young professional who is passionate about cannabis, and I dare anyone to say he isn’t driven, motivated and successful. So if you’re in the Toronto area, head down to 850b Adelaide St W and grab yourself an Americano (for about $3), check out some vaporizers, step up your fashion game and give Alan a high-five.