The Supreme Court on Monday declined to intervene in a dispute between Colorado and its neighbors over the cross-border impact of Colorado’s legalization of cannabis. 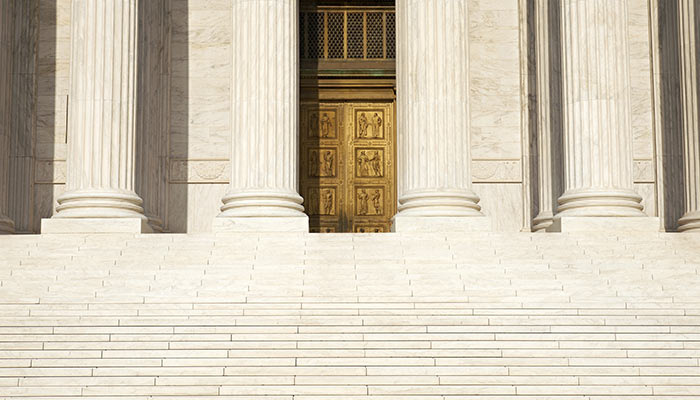 The decision by the Court means that, at least for now, states considering passage of cannabis laws will not be given guidance over the consequences of flouting federal drug laws through regulating the product. The Court did not give a rationale for its decision.

The suit had been brought by Nebraska and Oklahoma, which sought to invalidate through the courts an amendment to the Colorado constitution that allowed for the manufacture and sale of recreational cannabis. The states claimed that Colorado’s liberal cannabis laws were putting their own criminal justice laws under stress.

The decision by the Court to reject the case was met with dissent by two of the Court’s more conservative justices, Clarence Thomas and Samuel Alito.

“The plaintiff states have alleged significant harms to their sovereign interests caused by another state,” wrote Thomas. Oklahoma and Nebraska, he wrote, “claim that Amendment 64 has increased trafficking and transportation of Colorado-sourced marijuana into their territories, requiring them to expend significant law enforcement, judicial system, and penal system resources to combat the increased trafficking and transportation of marijuana.”

The Court had been urged not to take the case by the state of Colorado, the federal government, and advocates for the liberalization of cannabis laws. The decision was hailed by multiple advocates.

“This was a meritless lawsuit, and the court made the right decision,” said Marijuana Policy Project advocate Mason Tvert. “States have every right to regulate the cultivation and sale of marijuana, just as Nebraska and Oklahoma have the right to maintain their failed prohibition policies.”

Observers were quick to point out that the decision by the Court does not spell the end of litigation on the issue.

“It doesn’t mean that all the legal wrangling is done,” said University of Denver law professor Sam Kamin. “It just means that for a case to end up before the Supreme Court before we have a new president is extremely unlikely.”