The legalization of medical cannabis in Massachusetts and elsewhere has changed the way physicians have diagnosed medications, a new study has found. 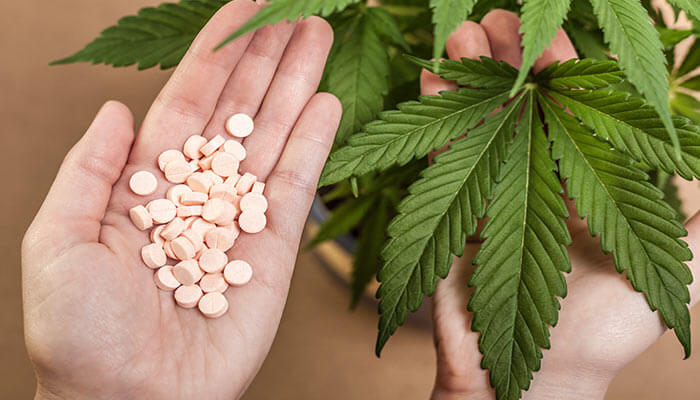 The study — published Wednesday in the journal Health Affairs — found that doctors in states that allow for the use of medical cannabis write less prescriptions for Medicare patients who are diagnosed with nausea, anxiety, depression, and other conditions believed responsive to treatment with cannabis.

“This research says there is evidence that physicians are responding as if marijuana is medicine, and as if there is clinical benefit,” says W. David Bradford, a University of Georgia health economist and the leading researcher behind the study.

According to Bradford, a review of the government’s Medicaid database indicates that an even stronger connection may exist between trends in prescription and laws regarding the use of medical cannabis.

The study analyzed the prescription of millions of drugs between 2010 and 2013 in 17 states and the District of Columbia, all information available in the Medicare Part D database.

In the states in which cannabis is legal, the researchers found that almost all of the medical conditions for which cannabis is thought to be an effective treatment — a list that includes psychosis, sleep disorders, anxiety, nausea, depression, pain, seizures, psychosis — received fewer written prescriptions for conventional medications. The only conditions for which the researchers did not detect a drop in prescriptions were muscle control disorder — also known as spasticity — and glaucoma.

While the study’s findings are enlightening and insightful, they nonetheless offer almost as many questions as answers.

“What would be helpful to know would be what proportion of Medicare beneficiaries in these states are actually using medical marijuana, because that would help to determine whether reductions in prescribing are actually due to marijuana laws, or to other factors,”  says Dr. Timothy Naimi, a researcher and physician at Boston Medical Center who was not involved in the study.