Recent Poll Is A Big Win For Marijuana Legalization Efforts

Yet another poll was conducted to gauge the public’s view on legalizing marijuana and the current federal cannabis policy. 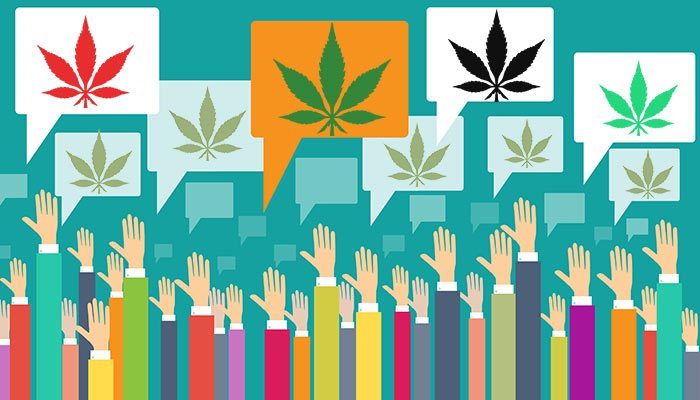 Not surprisingly, over half of the individuals polled thought that “states should be able to carry out their own marijuana laws without federal interference.”

While most of the polls conducted show that the majority of Americans want to see cannabis legalized or at least decriminalized, it is often just over half. This latest poll was a bit different, it had over 70% support from 1,500 Iowa voters and 841 New Hampshire voters.

So if the majority of the voting public wants to see marijuana either legalized or more readily available for medical users, the war on weed should finally come to an end. As researchers discover more and more medical uses for cannabis and the cannabinoids found in it, and de-bunk decades old science concocted to demonize marijuana and further the prohibition effort, the public is finally getting the straight goods when it comes to weed. So it is no wonder that more informed voters are in support of medical marijuana efforts and full-blown legalization.

We are going to roll one up in anticipation for legalization in 2016, let’s hope the madness stops and the healing can begin.