Linx Vapor is responsible for some of the industries most renowned wax vaporizers, but how do they stack up in the herbal vaporizer category? We’re taking a look at the Linx Gaia herbal vaporizer, a luxurious looking vape that features a full quartz oven and digital OLED display. 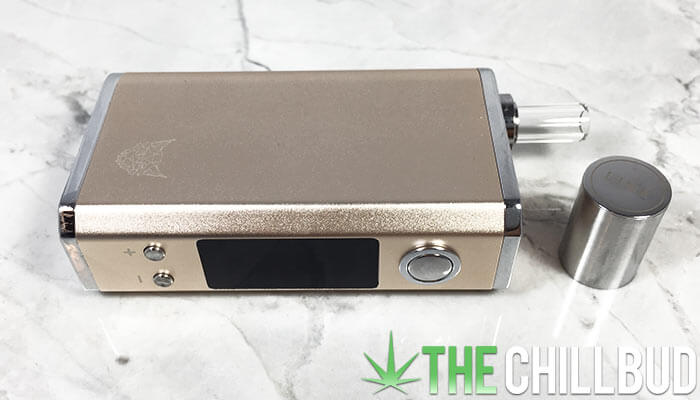 The Linx Gaia is a very reasonably priced at $159.99 USD, putting it right in there with other mid-tier priced vaporizers. While price isn’t always a reflection of performance, I’d say the price of the Gaia matches up pretty well with the performance. There’s plenty I like about this vaporizer, but there’s a few things that rub me the wrong way, overall it’s fairly priced and performs adequately. 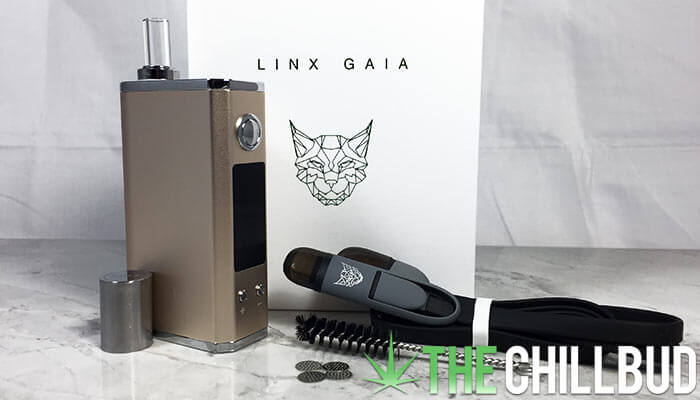 Linx did a really great job aesthetically with the Gaia. Despite being a boxy style vaporizer, it still feels very sleek and high quality. It has a full metal body, magnetic mouthpiece cover and very crisp feeling buttons. No rattling components that make the unit feel cheap, uncharacteristic of vaporizers in this price range.

The OLED display coupled with full temperature control is a huge boon, and quite frankly I’m not sure why any vaporizer would do anything less. There are plenty of other vaporizers out there than only give users a few temperature options to choose from. With all the variables surrounding the herb you’re using, personal preferences etc… having full spectrum temperature control is a must in my mind. So well done Linx Vapor!

The fact that Linx uses a full quartz oven chamber as well as a glass mouthpiece secured to the unit with stainless steel, you’d really think that vapor quality would be a top priority. The vapor from the Gaia wasn’t bad by any stretch of the imagination, but I did find it a bit lacking. Vapor clouds were light and wispy (even at higher temperatures), and the flavor profile was far less robust than I would have hoped for. The biggest problem I had with the vapor from the Gaia was how hot it was. Even at the lower temperatures I prefer to use when vaporizing my herb, the vapor was quite harsh. This is probably due to the very short vapor path, so attaching their glass bubbler would probably remedy the issue.

The magnetic lid that covers the mouthpiece feels very solid and satisfying, securely fastening itself to the vaporizer to protect the mouthpiece and give you peace of mind while transporting it. However the mouthpiece itself is fastened to the unit using threading, not inherently bad, but the way it was executed brings about some potential headaches. If you’re not constantly cleaning your vaporizer and brushing debris away from the threading it will start to get gummed up and stick. Seeing as the threads are located exactly where you’re loading the herb into the oven, it’s virtually impossible to keep the threading clean for any length of time. It’s not the end of the world to clean the threading when it gets a bit gummed up, or better yet brush the threads off between every use, but it seems like a bit of an oversight. One last thing about the mouthpiece that users should know; it gets quite hot! You have to be careful not to touch your lips to the metal part of the mouthpiece as it reaches very uncomfortably warm temperatures. Seeing as the glass portion of the mouthpiece is rather short, it’s something you’ll need to keep in mind during every toke.

I was pleased with how evenly the herb was heated, it was all nicely toasted throughout the oven chamber with no distinct ‘hot spots’. Linx states the Gaia is a 100% convection vaporizer, however I would argue that it’s primarily a conduction vape, but that’s not a bad thing assuming it’s done right. And it was. 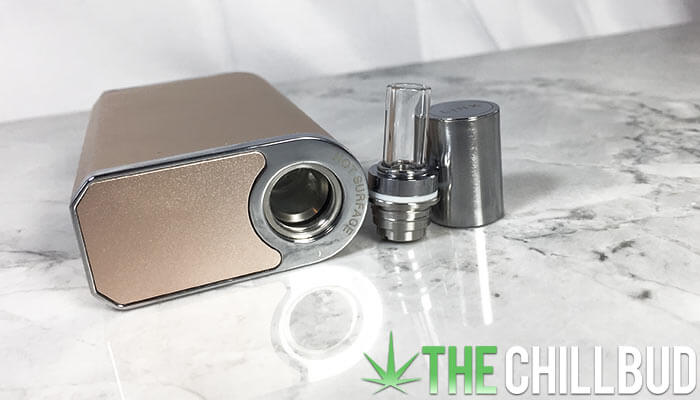 The build quality of the Gaia is great! It feels like a very solid, high quality vaporizer regardless of the price point. Rarely seen in ~$150 vaporizers.

An all quartz oven chamber and glass mouthpiece mean you aren’t getting any foul plastic flavor leeching into the vapor.

This is a full function vaporizer at a very fair price.

The vapor from the Gaia is rather harsh and can be tough on the throat.

You’ll need to stay on top of keeping it clean as to avoid sticky threading on the mouthpiece and clogging the screen.

Vaporizer has an auto shut-off feature that kicks in after 4-minutes of use. Kind of annoying when looking for prolonged sessions.

Mouthpiece gets quite hot.

I feel that overall the Linx Gaia is a good vaporizer for the price. There’s some issues, and for the most part they’re rather small. The thing that really gets me is the fact that Linx was so close to creating a really top notch vaporizer at a bargain price, but just missed the mark on a couple of small details.