Haze introduced us to the very first dual chamber vaporizer we’ve ever seen. Now, they’ve gone a step further and sent us their new quad chamber convection vape; the Haze Square. Pre-load up to four separate chambers and swap between them in a flash. 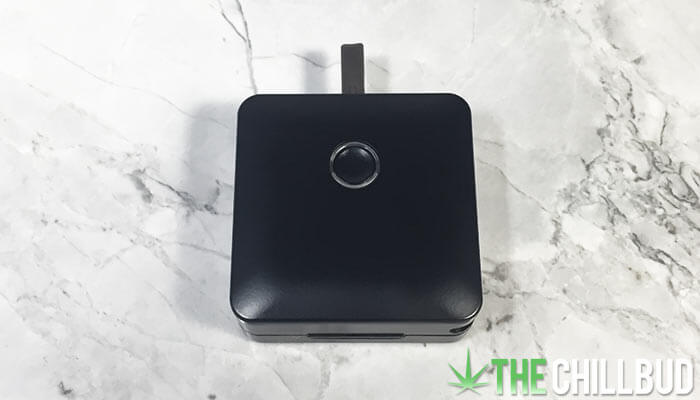 The Haze Square costs $159.99-$189.99 which was actually a bit surprising. I would have expected a vaporizer with a build quality like the Square would run at least $200+. The major feature of the Haze Square is the fact that it has 4 different chambers that you can swap between with a simple twist. Extremely convenient for those extended sessions when you don’t want to keep reloading the chamber. The Haze Square is also capable of vaporizing herb as well as concentrates. 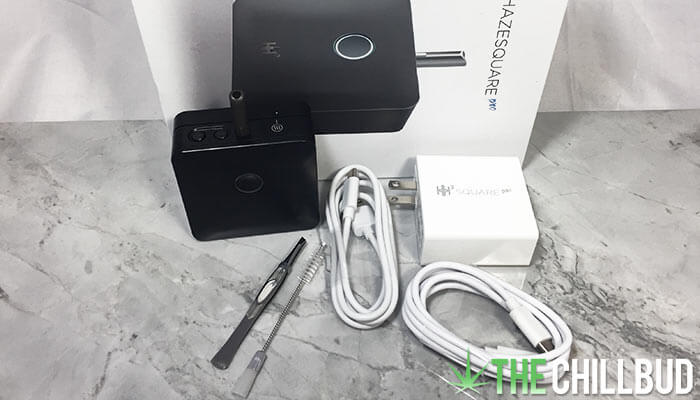 Haze made sure to use quality materials throughout the Square, eliminating the risk of any nasty smells or flavors from contaminating the vapor. The vaporizer has a very solid feel because of this. It’s a rather large handheld vape with quite a bit of heft to it. Personally, and perhaps this is mostly because of the shape, I found the square to be a bit large and clunky. When you consider the fact that you have 4 loaded chambers contained in one unit the size makes some sense though. 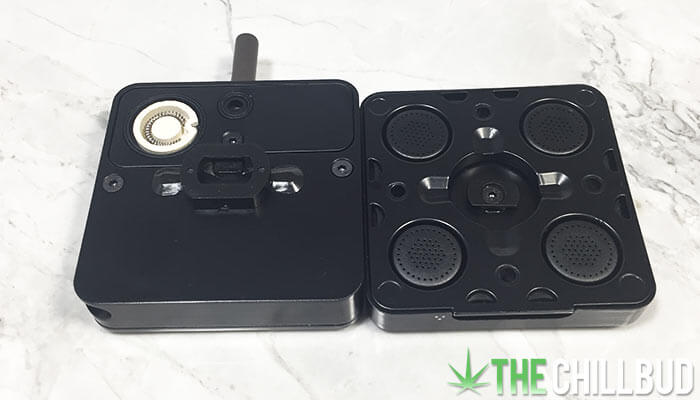 Convection vaporizers are my absolute favorite. You simply can’t achieve the level of vapor quality and flavor with conduction vaporizers, but using a convection vape requires a bit more technique to get a proper haul. The Haze Square is a bit finicky when it comes to how you pack the chambers and how you pull from the vape. It took a few attempts before dialing in the right combination to get nice vapor-filled hauls.

The unique four chamber design is a major selling point for the Square, but even if you’re not interested in having four preloaded chambers the Square is still a great buy. At the price point you’re getting fantastic quality and performance. The freedom to swap chambers on the fly and switch between herb and concentrate with a simple twist is pretty fantastic though.

In order to get the best vapor production out of the Haze Square you’re going to want to pack the herb pod pretty tight. Allow the unit to heat up to the desired temperature and take a long, slow haul to ensure you’re evenly heating the herb. After a nice long draw you can freely puff and get pretty good vapor production for the rest of the session.

Considering the price of the Haze Square I’d recommend it to just about anyone in the market for a vaporizer. While it wasn’t my favorite vaporizer on any one front, as a whole the Square delivers a great vaporizing experience. If portability is a concern for you, you may want to look for a smaller / lighter vaporizer as the Square is a bit clunky.