A new poll has found that a majority of voters in Maine are supportive of the initiative set to appear on the November ballot that seeks to legalize the use of recreational cannabis statewide. 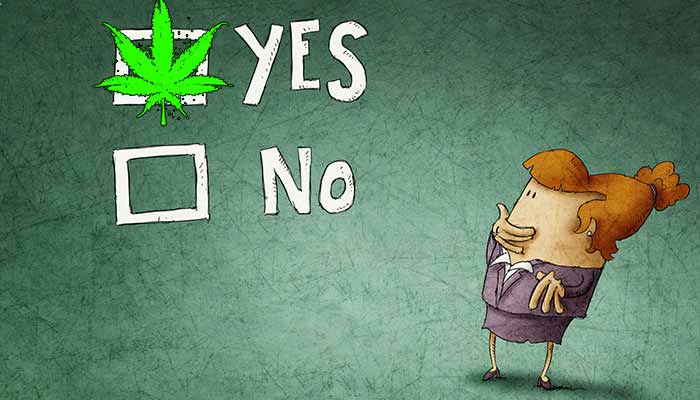 Democrats and Young Voters Push for Recreational Cannabis in Maine

The poll — conducted for the Portland Herald Press by the University of New Hampshire — found that 53 percent of the state’s likely voters were supportive of the measure. Thirty-eight percent of respondents said that they were opposed to the initiative, while another 10 percent stated that they were undecided.

The support for the measure is being driven by younger voters: The initiative receives a whopping 69 percent support among respondents in the 18-34 age demographic, while 56 percent support is registered by those in the 35-49 bracket. By comparison, the measure is supported by just 35 percent of voters over the age of 65.

Support for legalization also falls predictably along partisan lines. Democrats are most likely to express support (67 percent), while a majority of independents (56 percent) also favor it. Republicans remain in opposition to the measure, with 54 percent opposed and just 35 approving.

According to some observers, support for legalization in states like Maine is indicative of a larger cultural shift away from prohibition and towards a more accepting attitude towards the recreational use of cannabis.

“If you do see Maine and Massachusetts approve legalization, that will be a clear bellwether,” says Sam Mendez, the head of the University of Washington School of Law’s Cannabis Law and Policy Project. Massachusetts also has a legalization measure on the ballot this year.

“Every indication so far has been moving in favor of legalization (nationally) and I think that is indicated by the large number of states — even relatively conservative states — that have passed measures in recent years, and also (by) national polling,” he continued.

Four other states this year — including California, Massachusetts, Nevada, and Arizona — will have legalization measures appearing on their November ballots.

The poll was conducted from September 15-20. It has a margin of error of plus or minus 4.3 percentage points.