A new bill being considered by the California state government would enable the state’s landlords to prohibit the use of medical cannabis on their properties and evict renters who smoke cannabis. 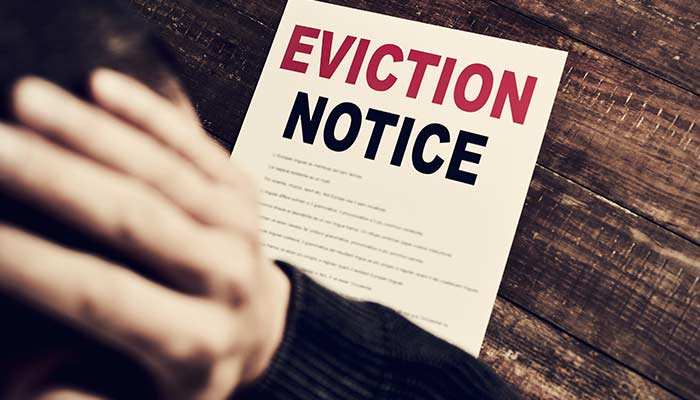 MMJ Patients Could Face Eviction for Medicating at Home

The bill, sponsored by Assemblyman Jim Wood (D-Healdsburg) would apply to medical cannabis. If the state passes a November ballot initiative that would allow for the legal use of cannabis –a development that is looking increasingly likely– the bill’s guidelines would also extend to recreational cannabis.

Wood’s bill, AB 2300, passed through the state Assembly Judiciary Committee on Tuesday by a unanimous vote. According to Wood, preliminary research from the University of California – San Francisco raises sufficient doubts about the health risks associated with cannabis use to justify passage of the measure.

“Secondhand smoke, regardless of whether it’s smoke from tobacco or marijuana, is especially problematic in multi unit apartments and condos because the smoke easily travels the windows, doors and other ventilation systems,” he said. “It’s a nuisance that tenants should not have to live with.”

The new bill would attach medical cannabis to a law passed in 2011 that allowed landlords to ban cigarette-smoking on their properties, as well as other products.

Pro-cannabis groups have sought for Wood to carve out an exemption in the bill for people who consume cannabis through vaporizers. They argue that the vaping of cannabis is different –and thus yields different health effects– from the burning or smoking of cannabis. Wood has not yet indicated whether he is receptive to the idea.

“This is about protecting families that live in close proximity to others,” he said. “Secondhand smoke can be a real problem, especially for families who live in apartments or other multifamily residences.”

The California Assembly has also approved the banning of all smoking and vaping on the campuses of any California State University or community colleges. The measure includes the smoking of medical cannabis.