Dallas Cowboys owner, Jerry Jones just became the most popular owner in the NFL after expressing his views on cannabis use in the NFL. 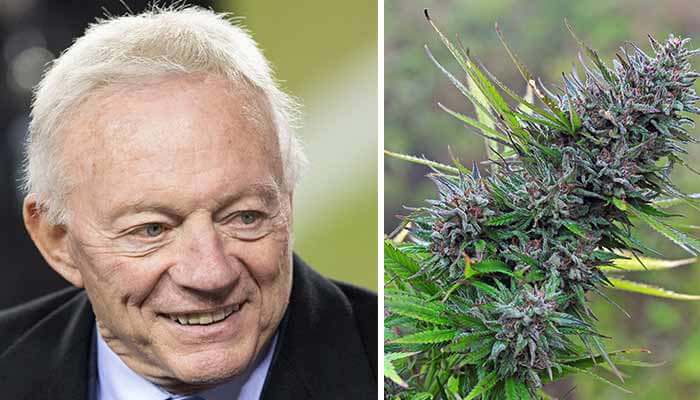 The ‘National Football League Players Association’ (NFLPA) has been pushing to overturn the current marijuana policy in the league for years. Now, according to Pro Football Talk, Jerry Jones held a private meeting for team owners where he said he wanted the NFL to “drop its prohibition on marijuana use.”

Cannabis has been legalized in some form in half the country, with more on the way. Despite this, Jones and the NFLPA shouldn’t expect any changes before the current collective bargaining agreement expires in 2020.

Currently the NFL has an allowance of 35 nanograms of THC per milliliter of blood. This is a relatively new threshold that was bumped up from 15 nanograms in 2015. The NFL has the strictest policy on cannabis among the 4 major sports in the US, for example the MLB failure threshold is 50 nanograms.

The NFL’s current policy on marijuana use will prompt a player suspension after four failed drug tests.

Jones also brought up “the practice of investigating off-field misconduct.” He’s pushing to allow the criminal justice system to handle incidents involving a player, keeping the NFL out of it altogether.