How To Vape Discreetly

­
How To Vape Discreetly

Vaping has become a modern trend that has attracted quite the following. However, there are still a lot of people out there who do not endorse the activity and there are plenty of reasons as to why one might want to vape different kind of herbs discreetly rather than simply doing it out in the open. However, doing it low key is an art that some people may have not yet mastered. 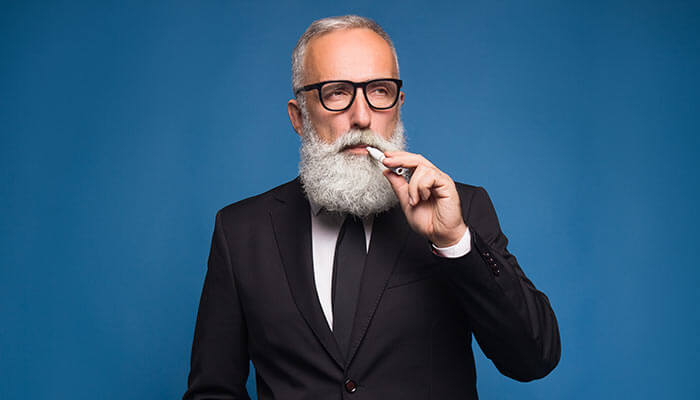 *Brought to you by King Pen Vapes

Vaping stealthily simply means vaping in such a way that no one is able to notice what you’re doing. Although it would seem difficult since you will have vapor coming out of your mouth. There are ways to make it less noticeable. This can help you can get away with vaping in situations where it’s frowned upon.

Why Should You Vape Discreetly?

Using a weed vape pen discreetly is necessary in some situations due to its inappropriateness. If you’re curious as to why you should be vaping discreetly, here are some situations where you might need to hide your usage.

Those who don’t understand what vaping is continue to condemn it and will make a scene if there is vaping going on around them. While this shouldn’t be too much of an issue, it is still a reason to vape discreetly.

Vaping isn’t as bad as smoking. However, there are still places where smoking or vaping aren’t allowed. Although it’s not recommended that you break the rules, you may feel the need to vape. If so, it should be done very discreetly in these areas. You should also double check to see if vaping is banned. If you are using a weed vaporizer, it’s probably best to wait. The smell of the herbs heating up will definitely be noticeable.

There are just some occasions where it isn’t necessary to vape. For example, a funeral or a wedding are two places where you really shouldn’t be vaping. However, we all get the urges and if it is necessary for you to do so, you are going to need to vape discreetly.

Some places will place restrictions in certain areas or around entire places so that you do not vape. Like smoking in a restricted smoking section, it is necessary to vape discreetly if you decide that you need to do so. Some places like In N Out clearly have signs that say No Smoking or e-Cigs.

This shouldn’t be too big of an issue but some people may believe that they could end up facing health issues if they inhale second hand vapor. Regardless of whether there is substance to this claim, it is necessary to be respectful of someone else and keep the vapor away from them. At the end of the day, it is just giving dab pens and all vapes in general a bad name.

It’s a general rule that you really should not be smoking at work. However, vaping is a little less harmful and accepted. It’s still overall unprofessional. If you must, you do have to make sure that you vape discreetly.

Vaping on an Airplane

This one is a little more extreme than vaping at work and one situation where things may be taken a little more seriously. Most airplane cabins prevent users from vaping. It will get you in trouble if they find you. Be very careful when vaping on an airplane or in the airport itself. They often won’t let you take any small open liquid bottles.

Techniques to Vape in Secret

Now that you know when and where you might need to vape more discreetly, here is a technique that will help you to vape without attracting too much attention. Being able to vape efficiently but still be a ninja is an excellent thing to learn.

To begin vaping more discreetly, you need to start taking deeper breaths. Why? Well, when you take deeper breaths, you give your body more time to allow it to absorb more vapor. Think back to times when you took deep hits and then quickly released them. It released a larger vapor cloud, right? You may have noticed that when you held the vapor in for longer, less vapor was released when you exhaled. It’s important to hold the vapor in and take deep breaths so that you release less vapor when you finally exhale.

Once you’ve taken a large, deep breath, it is necessary to take a smaller, secondary breath. This breath achieves two things. First, it gives your lungs more time to absorb as much vapor as physically possible. Second, it removes any extra vapor that is coming out of the device so that there is no vapor being released and attracting attention. This second breath doesn’t have to be deep. It just has to be solid enough to clear up any of the extra vapor remaining in the device.

Once you’ve taken a couple of breaths, it is now time to swallow the vapor down. Swallowing helps to make sure that you have diluted the vapor with more oxygen so that it is not as thick when you exhale. It also gives you more time for your lungs to absorb the vapor much like the previous steps above. It may be hard to swallow after inhaling all that air. If you feel that you are having difficulty swallowing, feel free to exhale a little vapor from your nose.

Blow into Your Shirt

At this point, you shouldn’t have too much vapor left in your lungs. However, it would be counterproductive to follow all of these steps and to release the vapor that is left out into the air where everyone can see it. Once you’ve gotten through these steps, open the neck of your shirt and blow down into it. This should prevent anyone from seeing the vapor that is remaining and the fabric of your clothes should manage to soak up the remaining vapor without releasing any back into the air.

Being able to use your vaporizer without anyone knowing is not too big of a problem. If you find yourself in any of the situations listed, just use the techniques above. You will be ready to take on any non-vaping situation!