Holding In Your Hit Won’t Get You Higher, It Will Make You Dumber

­
Holding In Your Hit Won’t Get You Higher, It Will Make You Dumber

Virtually every marijuana smoker has heard the old wives tale that holding in your hit for longer gives you a more potent high. The idea is that more of the psychoactive component (THC) is absorbed, resulting in a more intense high. 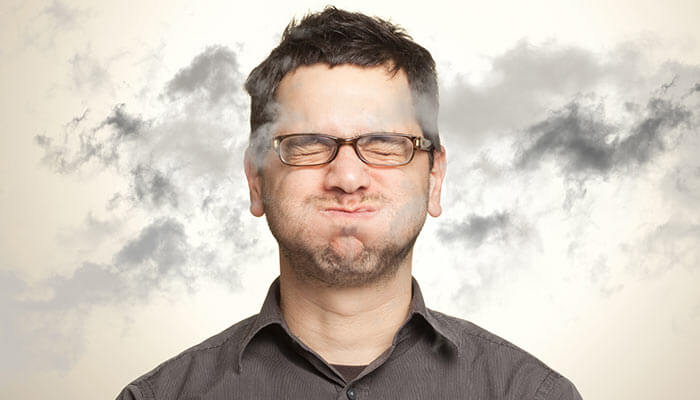 Does Holding It In Really Increase Your High?

The human lung is filled with tiny air sacks called alveoli, this is where the body exchanges oxygen for carbon dioxide. These alveoli begin absorbing the phytocannabinoids from marijuana instantly. Holding your hit in for 10, 20 or 30 seconds won’t change the amount of THC absorbed by your body, it will only inhibit it’s ability to circulate oxygenated blood throughout the body.

Don’t go blue in the face trying to get the most out of your weed. Holding in your hit for 20 seconds or longer will deprive your brain of much needed oxygen, causing brain cells to start dying off.

“But T. Bud, how can you say that with any certainty? I feel ‘higher’ when I hold my hit in for longer.” I can’t argue the fact that you ‘feel’ higher, but it’s due to oxygen deprivation, not an enhanced dose of THC. Studies have been done confirming this, time spent in the lungs has very little effect on the amount of THC absorbed. Breath volume on the other hand has a very direct impact on the level of THC absorbed.

You want to give your lungs a chance to absorb the inhaled THC, but you don’t need to hold your breath. Treat it just like a regular breath, hold it in for 2-3 seconds and exhale. This will deliver the full effect of the THC found in cannabis without being detrimental to your health.

If you are looking for a stronger dose of THC from each hit, you could try vaporizing your marijuana. Vaporizing has a number of benefits over combustion, one being a higher percentage of THC reaching your lungs.

During combustion (smoking) you are rapidly heating and therefore destroying a vast number of the cannabinoids found in marijuana. Only a fraction of these cannabinoids reach your lungs in tact.

By vaporizing cannabis you are heating it up to the point where the cannabinoids are released as vapor. The temperature to vaporize cannabinoids is far lower than the temperature of combustion, meaning you aren’t burning plant material and releasing a host of carcinogens into your body. Plus, you get an extra potent high from the same amount of marijuana.

Check out our list of top rated herbal vaporizers.