74 Year Old Gets His Entire Church High on Weed Cookies

­
74 Year Old Gets His Entire Church High on Weed Cookies

Allow me to paint the picture for you. 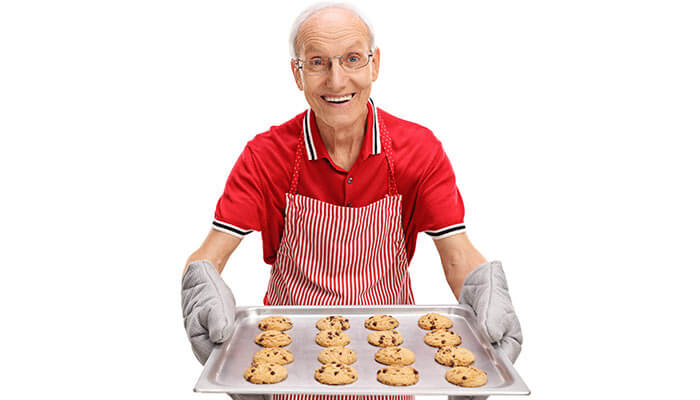 Mr. Jones (74) Bakes Up Scheme to Get His Church Baked

You’re dressed up in your Sunday best and heading to church with the family. The sun is shining bright on a mild Indiana day as you make your way to the Lord’s house to sing his praise and cleanse your soul.

You arrive at church and you’re joyfully greeted by familiar faces, including Mr. Jones, a sweet older man that was kind enough to bring in some homemade cookies for everyone. It would be downright rude not to accept a cookie from Mr. Jones, plus they look delicious!

“These cookies are fantastic Mr. Jones! But they taste a little funny, is there a special ingredient that made these chocolate chip cookies taste so sinfully good?”

Mr. Jones wouldn’t reveal his secret ingredient though, it would take a search warrant from the Indiana police department to unveil his wicked secret ingredient. Police found a bottle filled with cannabis oil capsules that were evidently used in Mr. Jones’ church cookies.

We’re not sure what inspired this 74-old man to get his fellow church goers high AF, but a handful of them ended up in the Emergency Room due to the adverse effects. Mr. Jones was handing cookies out to children as young as 12 and adults as old as 70. He was later charged with criminal recklessness and possession of hash oil.

This story may seem outlandish, but we assure you we didn’t just cook this one up. This is the real world folks.

Personally I’m not a church goer, but I’d seriously consider it if this guy was a part of my congregation.