Insights Into the Average Cannabis Consumer

Once upon a time, the average cannabis consumer was stereotypically a young man with shabby clothes and hair. With legalized marijuana hitting more and more states, the “average” cannabis user has changed quite a bit. And for the first time in history, we can actually study the buying habits of cannabis users and clearly define demographics. 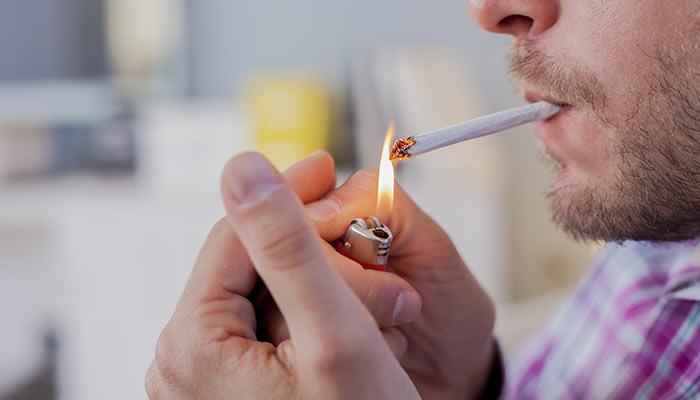 HeadSet Inc provides data driven insights for the cannabis industry. Founded by the creators of the authority on cannabis, Leafly.

A report recently released by HeadSet provided some extremely valuable insights into the average age, purchasing habits and gender of cannabis consumers in the state of Washington.

Before we take a look at what the average marijuana user looks like these days, let’s explore what products are flying off the shelves the fastest. 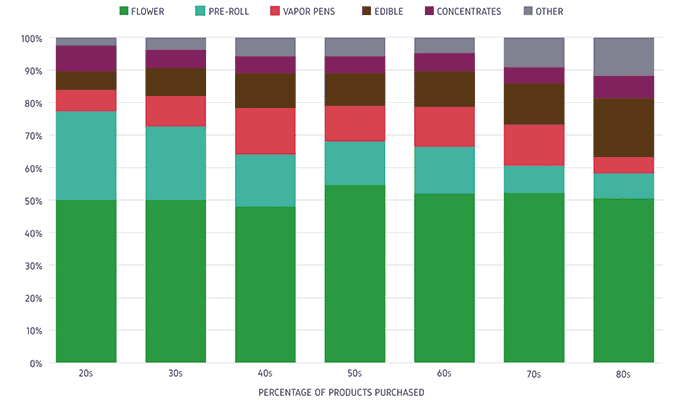 Cannabis concentrates have become extremely popular over the past few years. There are a variety of concentrates to choose from, but altogether they only account for around 10% of cannabis transactions.

Concentrates are quickly growing in popularity though, with the largest average monthly growth rate (29%).

Cannabis flower (bud) has been a long-time favorite of stoners across the globe, and today is no different. Flower sales tower over all other cannabis products, accounting for about 48% of all cannabis transactions.

Flower sales don’t include the sale of pre-rolled joints, which are responsible for 11% of transactions.

The final contender for the best selling cannabis product is the jaw-dropping myriad of cannabis edibles available. Cannabis edibles take the second spot on the podium with 13% of transactions.

Aside from the products listed above, vapor pens, beverages, tinctures, topicals and capsules round out the rest of cannabis product transactions in Washington.

Which Cannabis Variety Is Most Popular?

Stating cannabis flower is the most popular purchase for cannabis users tells one half of the story, but which varieties do they prefer?

Hybrid strains are easily the most popular, responsible for more sales than Indica and Sativa strains combined. Indica was only slightly more popular than Sativa.

Think of a stereotypical “pothead”.

Was it a man or a woman?

Most people think of a man when asked to think of a “stoner / pothead”, and after analyzing the data it appears that’s pretty accurate. 68.9% of cannabis purchases were from men, more than two thirds of cannabis consumers.

How Old Is the Average Marijuana User? 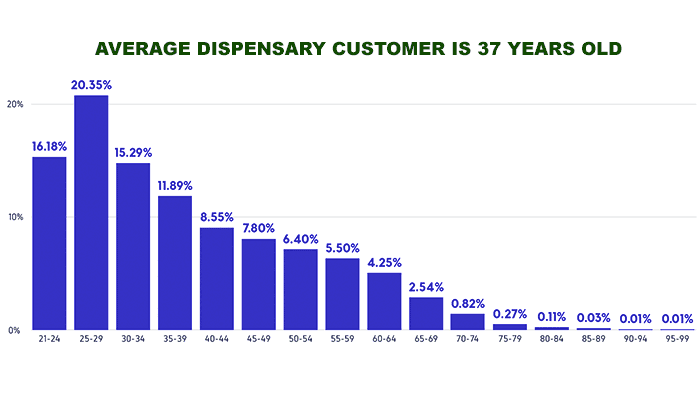 The average cannabis user is 37 years old. Quite a bit older than one might expect, but with a shift towards medical marijuana being used to treat chronic pain and other age-related disorders, it starts to make more sense. The data gathered was strictly for recreational users though.

The age group responsible for the vast majority of cannabis sales are actually between the ages of 25 and 29.

Data suggests that the average age of cannabis users differs very little between men and women, 37.4 for men and 38.2 for women.

How Much Does the Average Cannabis User Spend on Marijuana? 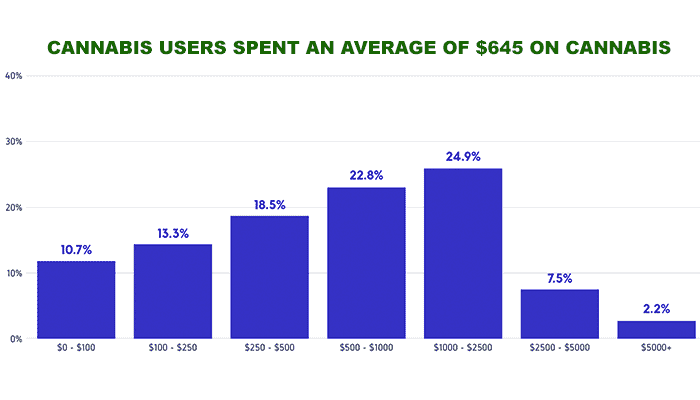 This was actually a pretty surprising figure, even with cannabis prices dropping since legalization first began. The average cannabis consumer only spent about $645 on cannabis products last year. Each trip to the dispensary, customers spent an average of $33, with 35% of consumers spending between $25-$50 and 7.3% spending $100-$250.

HeadSet found that younger cannabis users made more frequent trips to dispensaries, therefore their average cost per visit was less than older consumers.

As the marijuana industry evolves and the stigma associated with cannabis use lessens, expect these statistics to follow suit. They offer an invaluable glimpse into the modern day cannabis user, a view that was once completely opaque and clouded by society’s narrow-minded approach to the cannabis plant. As we forge towards nationwide legalization, we will soon have a much clearer picture of the “average cannabis user”. We expect it will encompass a vast range of age groups and socioeconomic classes.

Medical marijuana is becoming more and more popular among older users. It’s a far less harmful alternative to many pharmaceuticals. Patients looking for relief from pain, anxiety, stress, depression, tense muscles, insomnia and a plethora of other conditions are increasingly opting for the natural alternative to pharmaceutical medications.

Recreational cannabis is also growing in popularity among adults. As the propaganda subsides and we’re able to access truthful reports on cannabis, more mindful adults are choosing cannabis over alcohol to unwind after a stressful day or kick back with a few friends.