Maha Shivaratri is an annual Hindu festival celebrated in India and Nepal, the festival falls sometime between February and March; this year (2016) Shivaratri falls on March 7th. The festival is a celebration of the God Shiva, one of the three major deities of Hinduism. 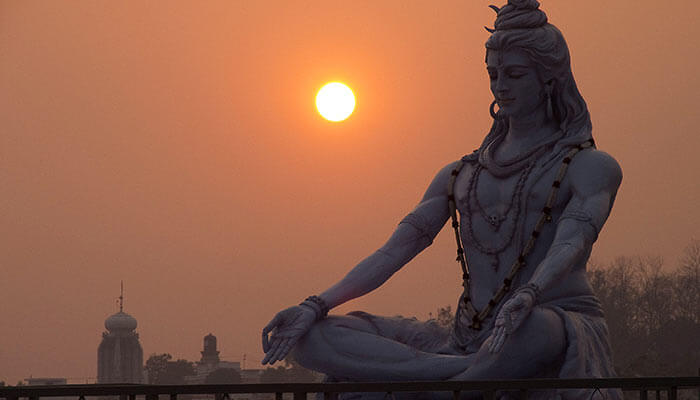 Shivaratri (The Night of Shiva) is held on the day that Shiva married the Goddess Parvati, saving the universe from darkness. Legend says that Shivaratri represents the first night that Shiva and Parvati experienced the beauty of love, and the pleasure of sex.

Shiva is believed to use marijuana to relax and to better focus on meditation.

“Shiva loves marijuana. So we come to share Shiva’s prasad [offerings] with everyone else,” explained a 60-year old holy man named Radhe Baba to NPR.

The temple grounds are littered with bonfires to warm Shiva and mark the end of winter. 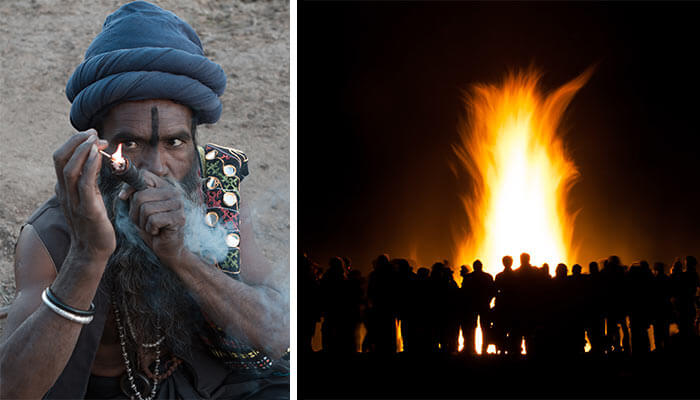 “Fire represents God,” explains Ram Das Bairagi. “We do for Shiva, to call him. Maybe he will see the fire.”

Ram Das Bairagi resides at the temple year-round, during the festival he covers his body in ashes from the cremation sites at the temple. Another man explained that these ashes represent the homeless, animals and mentally disabled people, allowing them to attend the wedding of Shiva and Parvati.

Many of the followers smoke marijuana and hashish during the Shivaratri festival using a classic clay chillum style pipe.

“That [smoking marijuana] makes us forget everything and we communicate with Shiva,” says Madhan Lal Baba, a 50-year old devotee. Marijuana is thought to stave off worldly desires. By using marijuana they are showing their love for Shiva.

“God is such a mysterious thing, but you have to follow it because it’s inside you,” explains Dandi Baba, a 72-year old who has devoted his whole life to Shiva. “We don’t follow money or day-to-day things. They’re not important; you don’t need those things. The only thing humans need is to share love with each other and share our culture.”

Authorities claim they are cracking down on drug use, but they seem to turn a blind eye during Shivaratri. Similar to the 4/20 celebrations across North America, marijuana use seems to be acceptable during the Shivaratri festival. 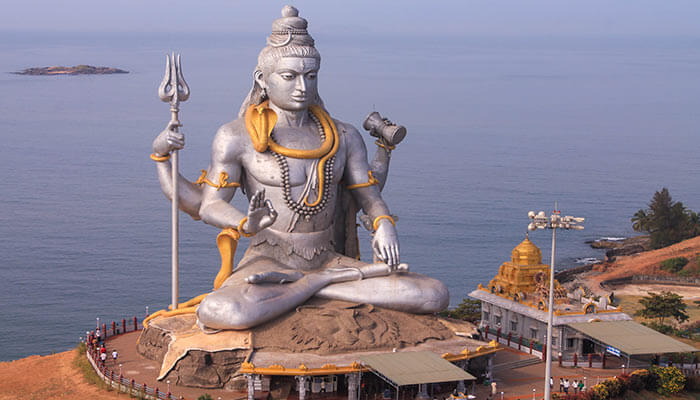 Marijuana has a long history in India, often made into a drink and consumed. This cannabis drink is said to be the favorite of Indra, the King of the Indian Gods.

Cannabis is one of the five nectar’s of the Gods, designated as the “Reliever of Suffering.” It is also referred to as the “source of happiness.”

Spiritual practices across South Asia often include cannabis. Religious groups like Buddhists, Naths, and Shaivites incorporate it into their meditation practice. It is thought to help stop the mind and enter a state of stillness, known as Samadhi.

India isn’t the only place that cannabis has been used for religious purposes, it has roots in China, Japan, Iran, Africa, Europe, North & South America and Islam.

Historically, Muslims thought of cannabis as a “Holy Plant,” Arab doctors would use hemp as a sacred medicine. It had a number of names, most notably ‘Kannab.”

Cannabis wasn’t prohibited by Mohammed, unlike alcohol which was / is strictly prohibited.

Muslim mystics known as the Sufis often used marijuana to help stimulate mystical consciousness and appreciation of the nature of Allah. It was thought to provide them a tremendous interiority and insight into themselves.

There are a plethora of spiritual ceremonies that utilize cannabis, across a number of continents and for thousands of years. Since about 1930 though, it has been prohibited in the United States. Despite its deep religious roots, spiritual & medical uses and relatively harmless nature, it has remained illegal for nearly a century now. It really makes you wonder why it was ever considered a dangerous drug, and how law-makers decided they had the right to prohibit cannabis cultivation and use.